Which are the best states in Mexico for doing business in 2016?

The report concludes that the seven best states in which to do business are Aguascalientes, the State of Mexico, Colima, Puebla, Sinaloa, Guanajuato and Durango, all of which offer a better performance than the average for OECD high income countries. 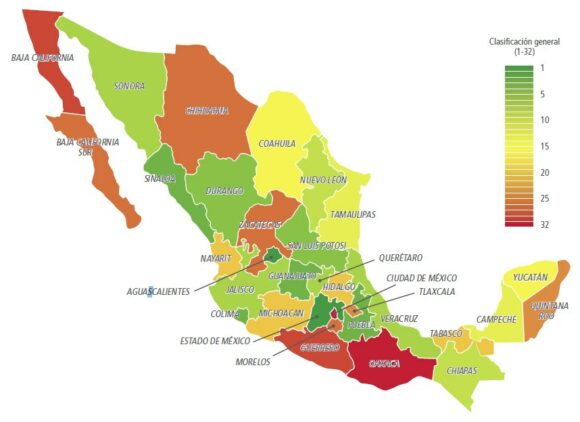 The three states that have advanced the most towards implementing international best practices since 2014 are Puebla, Jalisco and the State of México.

The map shows the rank order of states for doing business, from green (the best) to red (the lowest ranking). Unlike many maps of state-by-state performance, this map does not show any evidence for the north-south divide we have repeatedly commented on in the past.