On Thursday September 15, just a few hours prior to the ceremony of the “Grito de Independencia”, an “undercover” agent of the state police, who was guarding the main square of the Yucatecan capital, died of a massive heart attack.

According to the preliminary report of the Forensic Medical Service, 42 year-old Marco Polo Villegas, died of a massive heart attack in the line of duty, while conducting an undercover assigment at Mérida’s Plaza Grande, looking out for any suspicious activity in the main square area that could endanger the lives of the attendants, merely a few hours before the opening of the “Cry of Independence” ceremony. 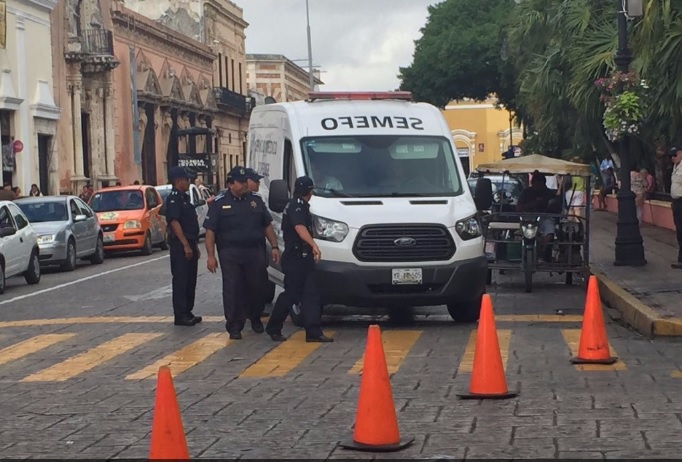 Twenty minutes after the incident, at 9:30 am, an ambulance from the Medical Examiner arrived onsite to remove the agent’s corpse.

This officer was a member of the Communications, Computer, Command and Control Center (C-4), an agency of the State Ministry of Public Security responsible for internal investigations.