Mexico could retaliate against expats and revoke treaties if Trump wins: lawmaker

By Yucatan Times on September 9, 2016
If Republican Donald Trump wins the White House, Mexico could retaliate against American expats and cancel 75 historic treaties with the US, including the peace treaty that ceded much of the American Southwest to Washington, one lawmaker says.
All of the land that makes up California, Nevada, Utah, and Arizona – as well as parts of Wyoming and New Mexico – was ceded to the US by the Treaty of Guadalupe Hidalgo in 1848, ending the Mexican-American War. Mexico also acknowledged the loss of Texas and its 1845 annexation by the US.

The 168-year-old treaty might end up on the chopping block along with others, if the Republican candidate wins the US presidency in November, under a proposal by Mexican Senator Armando Rios Piter. 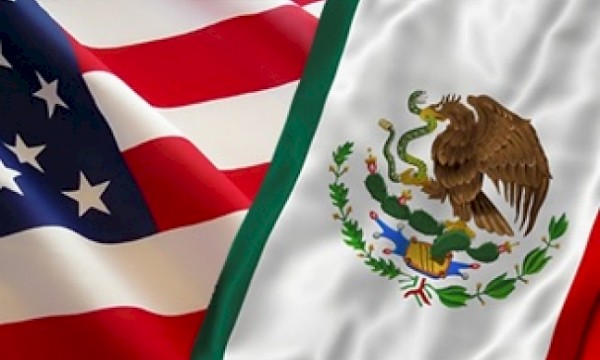 Rios, a lawmaker with the opposition Party of the Democratic Revolution (PRD), was one of the Mexicans offended by Trump’s visit to the country in late August at the invitation of President Enrique Peña Nieto.

“It was an historic error for our president to invite a person like that to our country,” the 43-year-old lawmaker told the Daily Telegraph, adding that Trump used Mexico “as a campaign tool.”

The bill Rios put forward would prevent the use of Mexican taxpayers’ money on any projects “against the country’s interest.” In case Trump cancels the North American Free Trade Agreement (NAFTA), it would trigger Mexico’s review and possible cancellation of all 75 bilateral treaties with the US, including the 1848 peace. If Trump follows through on his proposal to block remittances from Mexican citizens living in the US, the Rios bill would levy an equivalent tax on the more than a million Americans currently residing in Mexico.

“The goal is to foresee and prevent any negative effects on Mexico if Trump becomes president of the United States,” Rios said.

It is unclear how much support Rios will get for the proposed bill, considering he is in opposition to the ruling Institutional Revolutionary Party (PRI).

“We can’t take a partisan view of this,” Rios told the Telegraph. “All parties in the senate are in agreement that Mexico needs to stand up for itself and strengthen its relationship with the United States. We want to shut Trump’s mouth, which has been spewing this hateful speech.”

Source: rt.com via The Daily Telegraph