Did you know you can enjoy discounts of up to 50% as a retiree in Mexico?

Mexico doesn’t have a special retiree visa like Panama’s Pensionado visa, but it does offer plenty of benefits to expat retirees…and as any expat in Mexico will tell you, they’re pretty nice.

The key to accessing a whole range of benefits and discounts is the INAPAM card, Mexico’s versatile senior-citizen discount card. Expats aged 60 and older who have a residence visa for Mexico can apply for the card, just as Mexican seniors do.

In Mexico you’ll enjoy a wide range of retiree discounts…from movie tickets and sporting events to airfare and hotel rates.

With the INAPAM card, you’ll get discounts that range from 5% to 50% on a wide variety of goods and services. This includes movie tickets, sporting-event tickets, museum and archaeological site entrance fees, and airline and bus tickets. Many restaurants, shops, hotels, and travel agencies also offer discounts to INAPAM-card holders—so it won’t break the bank to have a little fun every once in a while.

Many pharmacies give discounts on a number of medications (which are already much cheaper than in the U.S.), and some dentists, doctors, and other specialists will also offer senior discounts.

In an increasing number of areas INAPAM holders receive discounts on their property tax and their water bills. These discounts will vary from district to district.

The card is issued by Mexico’s Instituto Nacional de las Personas Adultas Mayores (National Institute for Senior Citizens). There’s an office in every Mexican state. Although the card is valid nationally, you should apply for it in the Mexican state where you live. (In many places you can apply and get your card within an hour or so.) 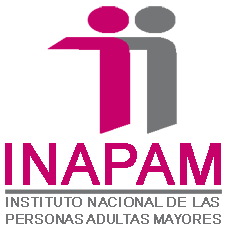 Businesses and institutions sign up to offer INAPAM discounts, so the discounts available to you locally can vary from state to state. But the card is used widely enough that, wherever you are in Mexico, it’s always worth asking if there’s an INAPAM discount.—

By Glynna Prentice for internationalliving.com