During Gamescom 2016, 345,000 visitors from 97 countries celebrated the world’s largest event for computer and video games on the Cologne fair grounds in Germany, from 17 to 21 August.

At this event, a group of Mexican students from the Autonomous University of Querétaro (UAQ – Universidad Autónoma de Querétaro), designed a “virtual bicycle ride” across mountains and rivers using a simulator. The project is called “VRower”, and it was a great success in this trade fair. 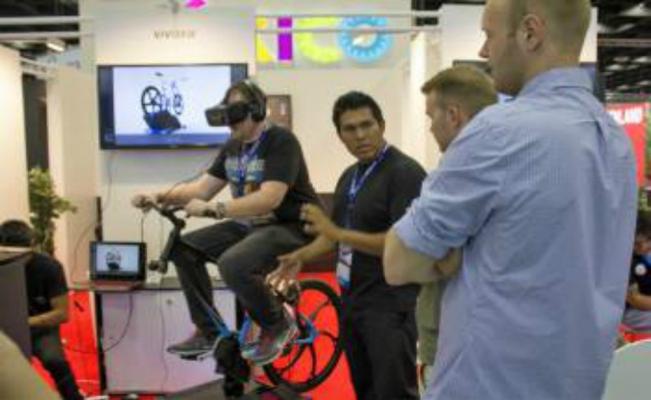 The “ride”, developed by researchers and students of the so-called “Rifado Studio” from the UAQ’s Engineering school, achieved the outstanding number of 10 thousand people who wanted to know about their initiative and live the experience, during this international event.

The Virtual Simulator Bicycle Ride “VRower” was developed in collaboration with the company Vivoxie, using motion and vibration artifacts, that make the user experience the real feeling of a non-motorized vehicle and at the same time, observe through a virtual reality visor a series of landscapes such as mountains, rivers and trails.