Why is on-boarding and off-boarding bank clients important?

After the Panama Papers, and with the recent FinCEN final Customer Due Diligence (CDD) rule, U.S. financial institutions are further focused on tightening internal controls against money laundering, terrorist financing, sanctions prevention, compliance and anti-money laundering systems.  And, because some bank accounts have just become too risky or too costly when comparing compliance costs with profitability, banks worldwide are “off-boarding” client relationships.

Financial Institutions often refuse “on –boarding”, or initiate “off – boarding” if a customer:

While not all banking relationships are terminated for these reasons, the perception of “risky business, risky people and risky jurisdictions” is also triggering terminations, particularly in the UK.

According to the Financial Conduct Authority (FCA), a financial regulatory body in the UK, the UK wants to “ensure the UK financial system is a hostile environment for money launderers”.  The FCA hired consultants to investigate why some UK banks were closing personal and corporate accounts in greater volumes at an accelerated rate.  The FCA stated that: “There is a perception that this is driven by banks’ concerns about the money laundering and terrorist financing (ML/TF) risks posed by certain types of customers. This is known as ‘de-risking’. It has been suggested that this trend is influenced by big fines imposed on banks in recent years by regulators and prosecutors, particularly in the US, for primarily historic weaknesses in their anti-money laundering (AML) defences and for breaches of financial sanctions”. 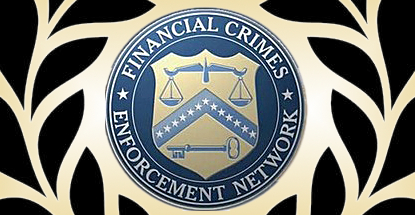 The consultants that the FCA hired – John Howell & Co Ltd – observed the following:

The FCA said:  “De-risking is the result of a complex set of drivers. As a result, the report recognises that there appears to be no ‘silver bullet’ to solve it”.

To prevent sanctioning by the Regulators walking through their doors, banks in the U.S. are behaving similarly, and are avoiding individuals and companies considered suspicious, high-risk or difficult to monitor; whose profitability for the banks does not justify the costs of keeping the accounts and managing their risk.  This includes money-transfer firms, foreign banks and nonprofits working abroad.

According to the Wall Street Journal, “U.S. officials said they didn’t intend banks to close whole categories of customer accounts. Risky accounts should be managed, officials said, not avoided altogether”.  Law Enforcement in the US has stated concerns that the closure of bank accounts is sending money underground; making it impossible to track and forcing individuals and companies  which could be perfectly legitimate  to conduct business in “shady non-transparent” venues.

Preventing money laundering and terrorist financing is at the forefront of banking compliance.  On-boarding and Off-boarding clients effectively and efficiently is an on-going effort for the entire financial community. Ultimately, the goal is to protect the Financial Institution and serve the client properly.

By Stanley Foodman CPA for TYT

Stanley Foodman CPA is CEO of Foodman CPAs & Advisors in Miami, Florida and a recognized forensic accountant and litigation support practitioner. Specializing in complex domestic and international tax matters, he has served as an expert witness and forensic accountant for some of the nation’s most challenging, high-profile economic crime cases. He and his team of accountants also assist clients with a full range of accounting matters including compliance, voluntary disclosure, corporate and individual taxation, family law litigation, estate and trust tax and wealth planning. Consistently ranked as one of the top accounting firms in South Florida, Foodman CPAs & Advisors assists clients locally, nationally and internationally.