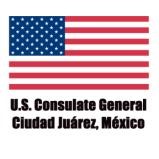 Ciudad Juarez, August 5, 2016 – On August 4th, U.S. Ambassador to Mexico Roberta S. Jacobson and the President of the Chihuahua Businessmen Foundation (Fechac) Miguel Jurado announced the opening of the first EducationUSA Advising Center in Ciudad Juarez. The center will serve teachers, school administrators, parents, and most importantly, prospective students interested in pursuing an education in the United States.

Representatives from local universities, high schools, NGOs focused on education, and members of the Fechac board of directors attended the ribbon cutting ceremony. The advising center will open its doors for normal operations by early September.

“Over the past 25 years, centers like this one have helped send more than one thousand Mexicans to study, teach, and conduct research in the United States on Fulbright-Garcia Robles scholarships,” said U.S. Ambassador to Mexico Roberta S. Jacobson.

This center joins the EducationUSA Advising Center at the Benjamin Franklin Corner in the city of Chihuahua in offering information and resources on U.S. higher education. An advisor will offer guidance regarding the selection of universities, testing, scholarship opportunities, and the application process. The center will also provide information on summer camps and leadership programs and pre-departure orientation workshops for U.S.-bound students. The services will be provided at no charge.

“We are excited to celebrate this partnership between the U.S. Embassy in Mexico and Fechac. This is an alliance that we foresee will be beneficial for Juarez youth and their families, mobilizing the talent and resources to help young people access the best opportunities for international education,” said Fechac President Miguel Jurado.

The EducationUSA Advising Center at Fechac Ciudad Juarez joins a global network of over 400 Advising Centers supported by the U.S. Department of State. The network promotes U.S. higher education to students around the world by offering accurate, comprehensive, and current information about opportunities to study at accredited postsecondary institutions in the United States.

More information on EducationUSA can be found at http://educationusa.state.gov