“Of the Land & Us” is an online photography magazine publishing the new, the old and the up-and-coming in landscape and portrait photography. They recently featured the outstanding work of award winning Dante Busquets.

Dante is a Mexican-born, Berlin-based editorial and fine art photographer, working within the genres of portraiture and landscape, and committed to the in-depth coverage of personal documentaries, addressing issues of family, history and time.

The Yucatan Times contacted Mr. Busquets and asked for his authorization to share this article, since today is “World Photography Day”, we want to showcase the work of one of the most talented Mexican photographers these days. 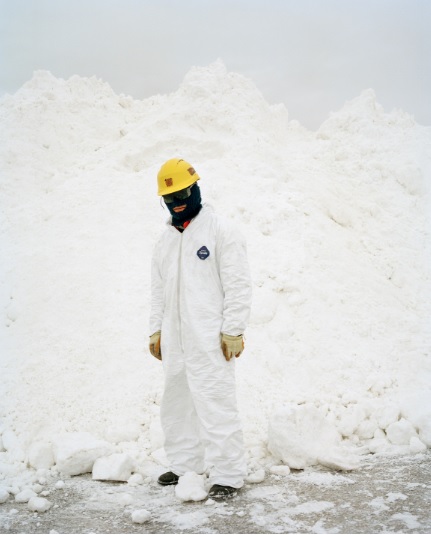 False Memory: Reimagining of the ruined landscapes of Latin America.

Featured today is Berlin-based Mexican photographer Dante Busquets, whose work first caught our attention on Twitter. It was the above portrait of the unidentified and fully-covered person dressed in the white overalls, yellow hard-hat and black balaclava that we saw. They stand against a background of what looks like a huge pile of white powder, and a strangely pale, dusty blue sky. The only uncovered piece of skin you can see is the lips and it creates an almost comical appearance. However, instead it appears ominous – what a strange creature! 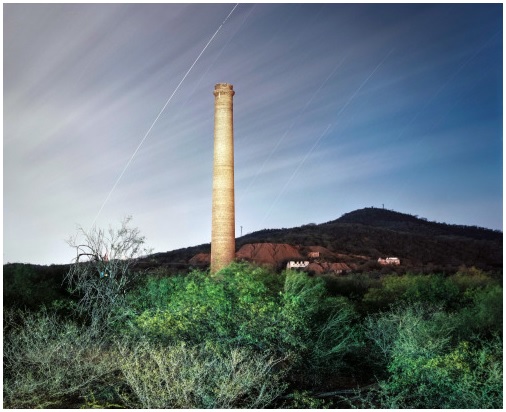 We delved in deeper and discovered that Busquets’ work was looking at – reimagining – the landscape of Latin America, specifically its visual history since the early 1940s. A large undertaking, and one that is still in progress. We look forward to seeing the finished project – in the mean time, read our interview with him about his practice and the featured project!

I first became interested in photography when I was about 16 or 17 years old. A friend had access to his family’s Pentax MX 35mm camera that had a 50mm lens, and he let me use it. I became excited by it and wanted to learn how to develop my own black and white film. Later, the family sold me the camera.

Tell us more about the featured project False Memory: Reimagining of the ruined landscapes of Latin America.

The project is about the transformation of the landscape of Latin America, since 1492 up until the present day. Initial inspiration for the project came from the book The Open Veins of Latin America by the Uruguayan author Eduardo Galeano. In it, Galeano confronts the reader with some beautiful descriptions of mistreated land and brutalised societies. These texts made me want to see the places he described, and photograph them – 40+ years after the book was first published. I proposed the project for a 3-year programme grant from the Mexican government and in 2012-14 I was fortunate enough to be able to travel to a selection of Latin American countries and produce and develop the project. 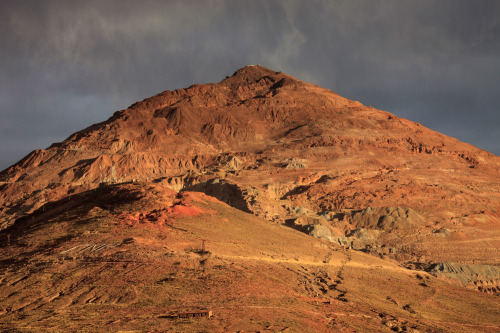 There was a time when I used to devour all kinds of printed photography that I could get my hands on. 25 years ago in Mexico City photography books were not widely available, and so every single one I could find was good enough for an afternoon of discovery. I first became captivated by the humanistic side of the old Magnum masters, and by photojournalism in general. I wanted to learn how to do that job. Then came the time when I had to go to college and decided that I wanted to attend the San Francisco Art Institute, as no university in Mexico offered professional photographic studies back then (and I doubt they do even now).

SFAI was an ocean of inspiration. Now, as a parent and working photographer my time is limited. Mostly, my friends are my biggest inspiration. I love the work of many artists, like Sugimoto, Gowin, Epstein, Sternfeld, Frank… but I am more inspired by my close artist/photographer friends with whom I am able to share a lot of experiences: Hege Dons Samset, Fernando Maquieira, Ramiro Chaves, Tuca Vieira…

What are you up to next?

At the moment, I am not actively working on any new projects. I am still developing the work that I’ve presented here and would like to focus my energy to continue to do so. For instance, I would like to travel to other countries in which I have not photographed. For the moment my plans include visiting Peru, Cuba, as well as areas of Mexico that I haven’t visited yet.

When I am done with this, I would like to exhibit the project by way of a transmedia piece: an immersive environment, in which the ‘participant’ will enter. Inside, still and moving images will play along with soundscapes and originally scored music. Words will be both seen and heard. The content will be arranged to form a non-linear interplay of elements; for example, screens with video loops of different lengths will interlace to generate new juxtapositions. The purpose of the piece will be to transport the visitor and suggest an alternate ‘memory’ of Latin America. Hence the subtitle “Reimagining of the ruined landscapes of Latin America.”

A new project is in the works but only in its earliest phase: in the imagination and some initial research. This one will involve myself and a dear friend and splendid photographer Tuca Vieira. Together we want to address the almost mythical figure of Simón Bolívar, the man who played a leading role in the establishment of Venezuela, Bolivia, Colombia, Ecuador, Peru and Panama as sovereign states in the early 19th century. He dreamt of a united Latin America – a bit like how the European Union is today – and worked towards establishing a confederacy of nations that ultimately failed. We want to follow the path of Bolívar through Latin America and photograph what has become of his dream today.

Dante is currently working on an experimental documentary for which he had to radically transform his way of life in order to capture the essence of this new experience through his lens with one photograph a day for an extended and indefinite period of time.

He already agreed to give The Yucatan Times an exclusive for this promising ongoing project, absolutely different from any of his past work, as this talented artist’s creativity and innovative way to look at photography will amuse the public and surprise the critics.