“Gaston” and “Lester” are being monitored in the Atlantic and Pacific

According to the Associated Press, tropical storms Lester, in the Pacific, and Gaston, in the Atlantic, are being monitored, even though neither one is considered a threat. Gaston is moving northwestward in the Atlantic with no change in strength.

The storm’s maximum sustained winds early Friday are near 65 mph (110 kph). The U.S. National Hurricane Center says strengthening is forecast during the next two days and Gaston could re-strengthen to a hurricane by Friday night or on Saturday.

The storm is centered about 1,195 miles east-southeast of Bermuda and is moving northwest near 17 mph.

Meanwhile in the Pacific, Tropical Storm Lester is moving westward away from land. Lester’s maximum sustained winds are near 60 mph with some strengthening forecast over the next two days.

Lester is centered about 510 miles southwest of the southern tip of Mexico’s Baja California peninsula and is moving west near 7 mph. 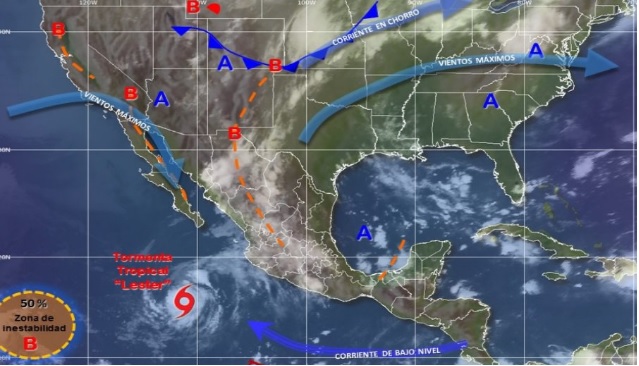