Canadian Graham Alexander fights to get his hotel in Tulum back

Graham Alexander was at a morning business meeting when his phone started buzzing with frantic calls and text messages from the staff at his hotel nearby, who said scores of armed men had arrived and were evicting everyone.

Mr. Alexander raced back to his 24-room hotel, in the Mexican resort town of Tulum, on the east coast of the Yucatan peninsula.

He said he found the entrance padlocked, his guests out on the street and the furniture being tossed away. Two burly men told him to leave “or we’ll take care of you,” he said.

It was the morning of June 17. More than two months later, the Canadian businessman is still fighting to get back his hotel, despite concerns for his safety and puzzlement that the men he holds responsible for his misfortune may be in Canada.

What happened to Mr. Alexander, a former Vancouver resident, was not unique. According to Mexican media reports, he was among more than a dozen hoteliers and other hospitality entrepreneurs who were evicted that morning in an ugly land dispute. 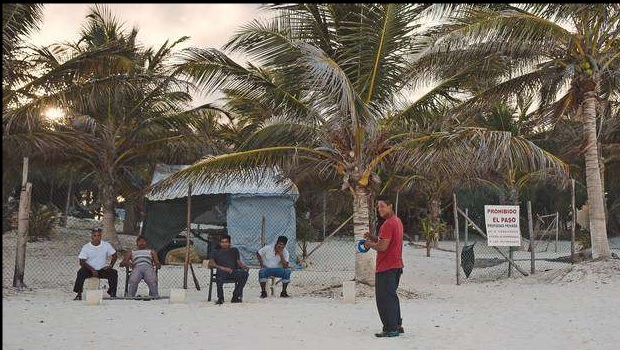 It was a cautionary tale about doing business in Tulum, a once sleepy village on the Riviera Maya that has now grown into a tourist hot spot with boutique hotels, fashion shops and yoga classes.

The June 17 evictions were only the latest episode in an ongoing feud over who owns the land accessing the palm trees and white sand of Tulum’s beaches.

Those supporting the eviction say it was a move to return the properties to people who actually held title to that land.

But the hotel operators say they were muscled out of prime locations by rivals from another Mexican state.