On Dec. 1, 2016, Tom Williams and Donard O’Neill will celebrate a 10-year ride as owners of Merida’s Hotel Luz en Yucatán. Like the good Yucatecans they’ve become, the two former tour guides already are starting to plan a bash for their many friends to mark the milestone.

While not necessarily a Merida hospitality landmark, Luz — a boutique hotel with only a dozen rooms — is a Trip Advisor Award Winner recently ranked among the world’s top “bargain” hotels. Consistently praised in Lonely Planet and other guidebooks, Luz is well known among families, archaeologists, teachers, students and other “independent” travelers who regularly visit Yucatán.

Here’s the unlikely story line: Two footloose Trek America guides who for 20-plus years traveled the world for both work and play, settle in Merida, buy a hotel housed in a former convent built in the 16th century, and operate it successfully for 10 years to increasing acclaim while steadfastly maintaining a “funky, low-key vibe.”

A “Made in Mexico” success story.

“We spent 25 years as tour guides staying in hotels, being nickled-and-dimed and getting ripped off,” said O’Neill. “We try to remember those experiences to know what not to do in running Luz.” 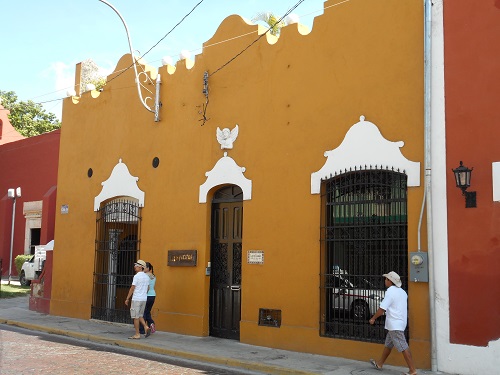 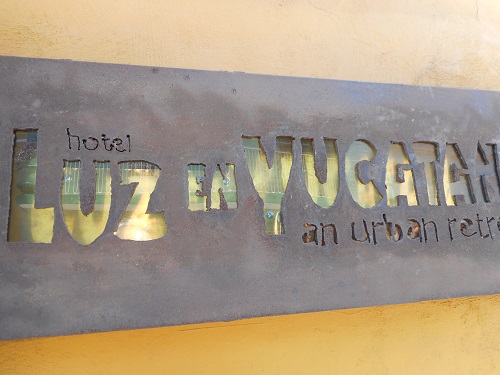 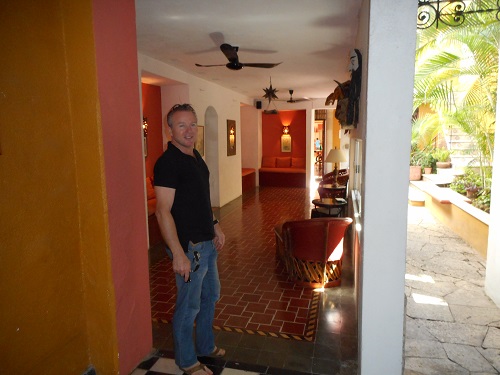 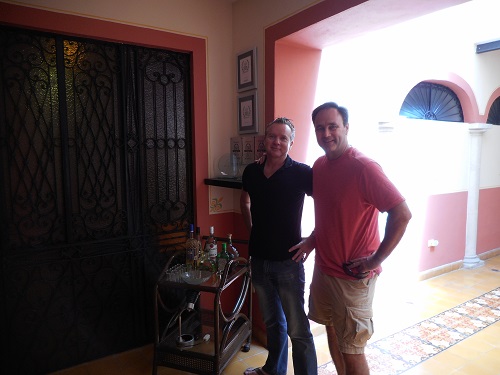 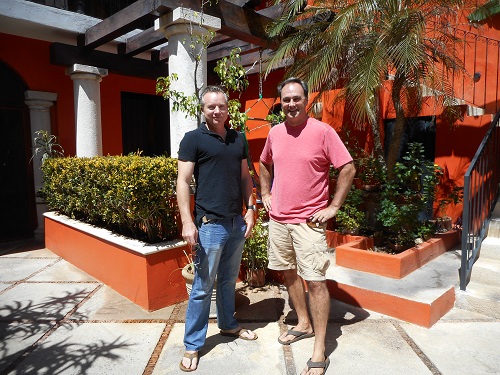 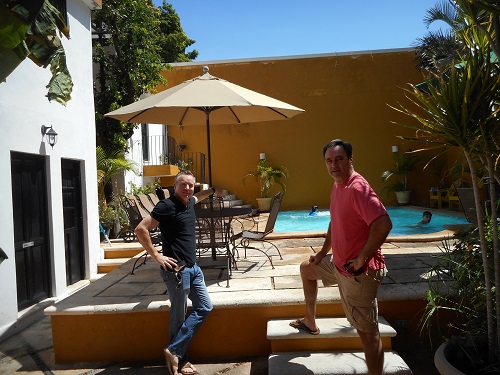 Williams is a New Yorker by way of Colorado, and O’Neill, a native of Belfast, Northern Ireland.  A third silent partner is a tech-company multi-millionaire in San Francisco who has provided some guidance as well as cash. But they have operated without a formal business plan, and the three have invested equally.

Williams and O’Neill had each visited Merida separately in the 1990s and liked the city. “While we kept traveling (as guides), we always had in our minds coming back to Merida or Yucatán and starting a business,” Williams said. “We thought about different possiblities, properties, hotels, bars maybe. We looked at a couple beach towns. Then I saw Madeline’s listing on line.”

“Madeline” was Madeleine Parmet, an expat nurse who had owned and operated Luz en Yucatán for several years. She wanted to sell.

“I came to Merida for four days and saw the potential of the building, next to a church built in 1575. Then I came back and spent a month; I was able to do that with my breaks between leading tours. But Madeline was negotiating with some other buyers when I made the first offer. It took some time. Her deal with the other buyers fell through. Finally I got a message from her: ‘Wire me $70,000.’ So I took a leap of faith.”

The building, which also dates to the 16th century, has required substantial renovations. Work continues on projects to open up the central patio and convert a front room into a two-story loft.

Also, maintaining the “funky low-key vibe” isn’t as easy as it might seem, both Williams and O’Neill said. Luz currently requires no deposit and charges no cancellation penalty. Most reservations are handled personally by Williams and O’Neill via emails. But this friendly, hands-on approach soon may have to give way to a more modern booking system.

Many travelers today prefer to handle all hotel booking with a click on their smart phones. Luz will probably soon begin using a click button on Trip Advisor.

“It’s kind of sad, because at the beginning we were staying 80 percent full without doing much of anything,” said O’Neill with a laugh.

O’Neill, who still periodically leads tours in the U.S., is married, “has three kids, a dog and a cat,” and the family lives at the Yucatán Polo Club in north Merida. He scuba dives for recreation.

In 2015, Williams took six months off from working at Luz to celebrate his 50th birthday with a “50 adventures for 50 years” plan. He traveled around the world using frequent flyer miles, hotel loyalty plans and other tricks of the travel trade. Among the adventures were kayaking Antartica and scaling the summit of Japan’s Mt. Fuji.

His life partner is a former Mexicana airlines flight attendant who now teaches Spanish at a small academy she established in Colonia Centro near the couple’s home.

So while O’Neill and Williams have become “real” businessmen, they haven’t completely given up their footloose ways. Maybe that’s contributed to the success of Luz en Yucatán as well.