Spotify, the streaming music company, officially announced on July 15 their new category of “Mexican Music”, which has 20 playlists that include the most representative genres of the country.

Regional Mexican, Pop, Rock, Hip Hop and playlists with specific songs for different moments of the daily life of Mexicans are some of the genres within this new musical selection.

The purpose is to present the diversity of music that exists in Mexico, and at the same time, to encourage emerging young artists looking to promote their music through this platform. 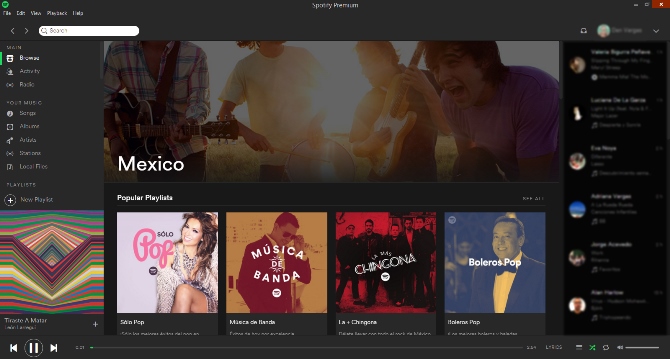 Spotify has the philosophy of bringing music and its power to everyone, and this new category will allow people all over the world to have access to a wide variety of “Made in Mexico”.

According to statistics from Spotify, Mexico is one of the countries with the highest activity within the platform, it occupies the third place in number of music consumers worldwide, and Mexico City is the number one music consumer of local and international artists.

For this reason, the company decided to promote the music that is created in the country in order to strengthen the position of Mexico as a producer, consumer and as a market that is constantly evolving.