Surrounded by myths, legends, and lore, tequila fills as many cups as Starbucks’ coffee. Tequila’s rich history as one North America’s first distilled spirits dates back to the 15th century near the location of the city of Tequila, Mexico.

The Aztec people began distilling the fermented beverage derived from the Agave plant and perfected it after the arrival of Spanish conquistadors in 1521.  Mass production of tequila started in a factory near modern-day Jalisco by Don Pedro Sánchez de Tagle, and by 1608, Spain’s King Carlos IV granted the Cuervo family the first license to commercially make tequila.

The succulent agave plant has a life span of 8-15 years, with leaves reaching 5-8 feet tall. With over 136 species of agave in Mexico, to be officially named a tequila, the spirit must come from the state of Jalisco. In addition any tequila made 100% from the blue agave, Agave Tequilana Weber Azul, may not be flavored in any way.

Playing a larger role than the source for the Mexican spirit, the agave plant is deeply rooted in Mérida’s history. Its leaves are used to create henequen (“sisal”), a hemp-like fiber used to make mats, clothing, rope, and paper. For over 90 years, the port of Sisal was the world’s leader in henequen trade. The henequen/sisal boom resulted in Mérida’s massive wealth that continues to shine in the majestic streets and haciendas today. 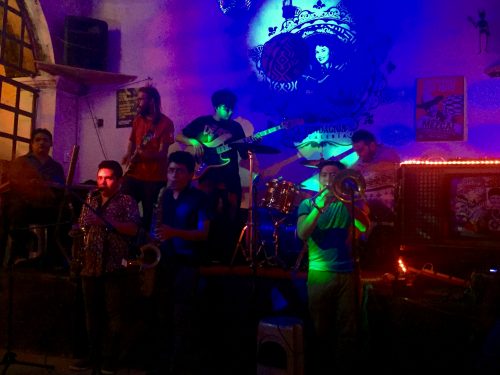 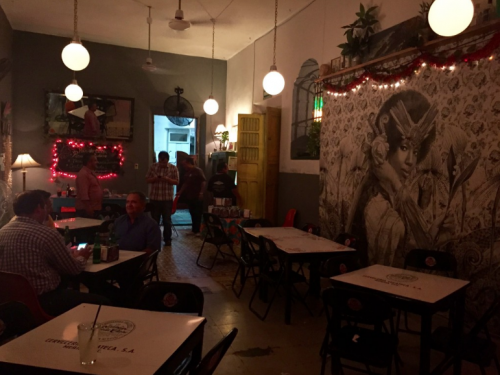 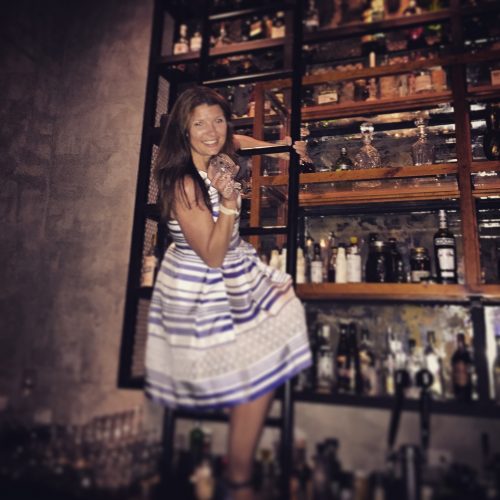 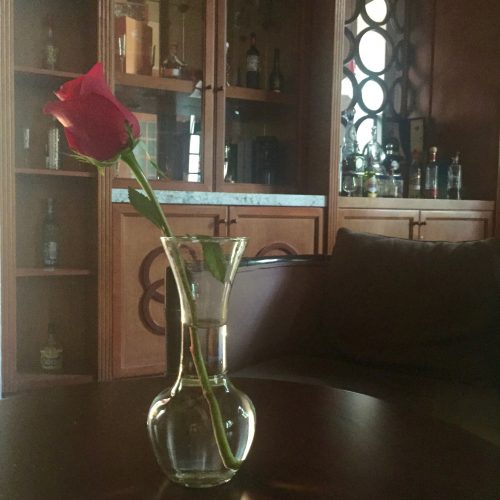 The Mexican spirit has weaved its way through much of Mexico’s history and folklore.

Reaching its global prominence in 1821 after Mexico gained its independence, tequila made its mark as a major export business. Today there are over 100 distilleries making over 900 brands of tequila in Mexico. Cuervo remains a major manufacturer of tequila today.

So let’s raise a glass to National Tequila Day, July 24, in Mérida. You will find me at one of these hotspots in the city, sipping the spirit in honor of my Yucatán pride.

La Mezcaleria – Dedicated to all things Mezcal and Tequila

Located in Santa Lucia Square, Mérida, Mexico – in between Apoala and Rosa Sur 32

So…what about the worm in a bottle of tequila? This urban legend was created as a marketing ploy in the 1940’s, and was never a Mexican tradition. So if someone offers you a worm in the tequila… it was put there to impress or tell a story.

So let’s raise a glass in honor of this incredible spirit! Cheers to tequila, to Mérida, and the Yucatán!

By Miranda Allfrey for TYT

Miranda Allfrey is a freelance travel & lifestyle writer, marketing mastermind and cancer survivor. Her captivating story-telling adds magic to descriptions of destinations, cuisine, experiences, and products. And her passion for writing is as contagious as her passion for life and cloud surfing (aka flying). To learn how she can help your company surf to the top, click here: Work with Miranda.