Peña Nieto speaks at the Pacific Alliance Summit in Chile

Other leaders of the region are also participating in the summit, such as Ollanta Humala from Peru and Juan Manuel Santos from Colombia, as well as special guests such as Guillermo Solís from Costa Rica, and Mauricio Macri from Argentina.

Peruvian president-elect Pedro Pablo Kuczynski is also participating in the summit along with more than 500 business people and leaders.

At the summit, Mexico’s Economy Minister Ildefonso Guajardo said that the Pacific Alliance must be “ready to react” to a possible “surprise” in the U.S. presidential election.

“If we have a surprise in the U.S. election against free trade and the TPP, we must have the ability to create an integration platform,” Guajardo said.

“We can not stay frozen before a decision could be difficult and catastrophic. We must think about positive scenarios and the future of the Pacific Alliance,” he added.

On Tuesday Donald Trump vowed to force Canada and Mexico to renegotiate the NAFTA trade agreement with the United States if elected. He has also said he would pull the United States out of negotiations for a deal among 12 Pacific Rim nations. 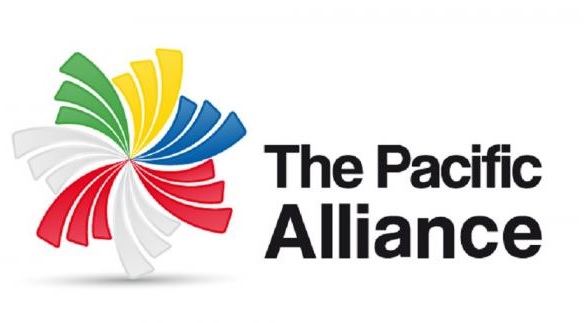 “At a time that seems dominated by the discord and disintegration brought by ‘Brexit’ and by the lamentable attack in Turkey, what we are doing is constructing realistic, flexible and pragmatic integration,” Foreign Minister Heraldo Muñoz said.

The Pacific Alliance is one of two large trade blocs in Latin America. Member nations Chile, Colombia, Mexico and Peru have moved to reduce trade tariffs between them since forming the bloc in 2011.

The group represents 38 percent of Latin America’s gross domestic product, and starting in May, 90 percent of commerce between its member states has been free of tariffs. That has piqued the interest of nations far outside the bloc, with 49 different observer states eyeing possible trade agreements with the group.

The countries seen closest to becoming integrated into the block are Costa Rica and Panama.

Mexican President Enrique Peña Nieto said that, looking into the future, the message sent by the Pacific Alliance to the world is that its member countries are fully committed to implement a platform of integration based on economic openness.

During the 11th meeting of the alliance in Chile, Peña Nieto said that the Pacific Alliance countries are meeting one of the fundamental challenges of their agreement, which is the free trade of goods, services, capital and human resources between them.

Peña Nieto said that the alliance has created a venture capital fund with support from the Inter-American Development Bank, as well as business support networks for the training and counseling of SMEs in the four countries. They have also invested in training human capital through the creation of 1,200 scholarships.

(With information from Reuters)