Tropical system may form in eastern Gulf of Mexico next week

According to AccuWeather areas from Central America to southeastern Mexico, western Cuba and southern Florida will be on alert into next week as a tropical system may form.

The window for tropical development will reopen about a week after the formation of Tropical Depression 2, which went on to become Tropical Storm Bonnie, near the Carolina coast over Memorial Day weekend.

“We are suspicious about the area near Central America because it is in a region where we often see tropical development during June,” according to AccuWeather Hurricane Expert Dan Kottlowski. 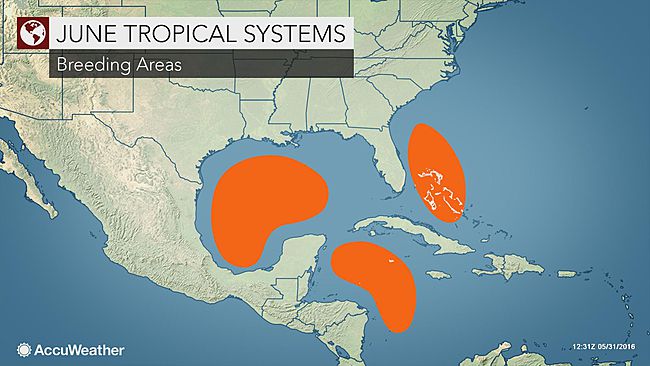 Water temperatures in the northwestern Caribbean Sea, and the waters surrounding the Florida Peninsula, are in the low to middle 80s F (27 to 30 C), which are warm enough to sustain a tropical system.

However, warm waters alone are not enough to cause a tropical system to form.

An area of showers and thunderstorms associated with a weak system is forecast to form and drift westward across the Caribbean this week. 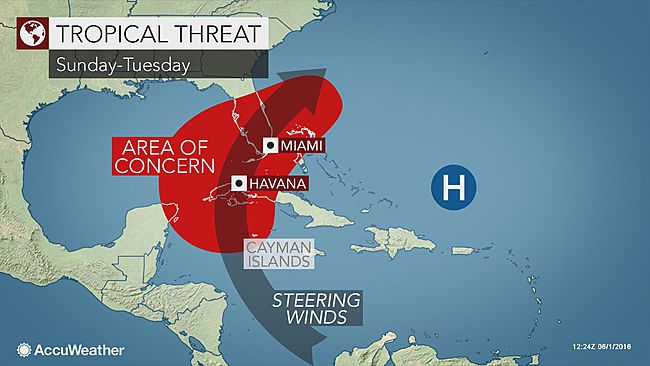 “While development into an organized tropical system is not a certainty, formation into a depression is not likely through Saturday,” Kottlowski said. “It is possible the system may not develop until it reaches the eastern Gulf of Mexico or swings east of Florida.”

Torrential downpours, gusty squalls and rough seas would be the initial concerns for a tropical system in the early stages of development even without official designation.

Downpours associated with the area of disturbed weather could first soak parts of Cuba, Belize and Yucatan, Mexico, this weekend, followed by the Florida Keys and Peninsula early next week.

Should the system organize into a tropical depression or storm, then winds will become more of a concern.

In addition to the potential formation of a tropical system within a few hundred-mile radius of Havana, Cuba, early next week, a weak system forecast over the central Caribbean will also be monitored into this weekend.