Today is World Environment Day …. What are we doing for our planet?

By Yucatan Times on June 5, 2016
Over the past 40 years, World Environment Day has inspired millions to take action to help protect our planet. This year, together with our partners, WWF is urging everyone to join the fight against illegal wildlife trade.

Poaching and illegal trade represent grave threats to the world’s wildlife and wild places. Increasingly driven by international organized crime, they also constitute a major danger to communities that depend on wildlife and natural resources for lives and livelihoods.

The situation is critical. A record number of rhinos were poached in Africa last year, while around a million pangolins have been trafficked over the last decade. Of the 110,000 elephants that roamed the savannahs, wetlands and forests of the Selous Game Reserve in Tanzania less than half a century ago, a mere 15,000 remain today. If this historic trend continues, WWF estimates that the entire elephant population of one of Africa’s oldest reserves could disappear within six years.

In Asia, forests are falling silent as elephants, tigers, rhinos, bears, snakes, lizards and birds are poached to feed an unrelenting demand for illegal wildlife products. This puts the survival of many species at risk, while weakening the rule of law and threatening sustainable development.

But we can turn things around.

Take the example of Nepal, which just marked its fourth year of zero poaching of rhinos since 2011. Nepal’s success in spite of numerous challenges proves that with determination, ambition and innovative resources like the Zero Poaching toolkit, we can protect rhinos, tigers, elephants and other wildlife.

“The global poaching and trafficking crisis is human-caused. We created the problem and we have the power to fix it,” said Elisabeth McLellan, WWF Head, Wildlife Crime Initiative. “Every day, rangers risk their lives to protect our wildlife, and we must ensure their efforts are not in vain by doing our part, both as consumers committed to never buying illegal products and as citizens urging governments to strengthen action and support.”

Last month’s World Ranger Congress recognized the heroic work of rangers, but stressed that sheer bravery is simply not enough. Rangers need the best available tools, training and support to do their job safely and effectively and truly take on the poaching crisis on the frontlines. 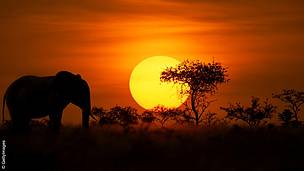 World Environment Day is an opportunity for people and organizations around the world to take action to help stop poaching and trafficking and protect our natural heritage, including globally important protected areas like Selous.

Together, we can help make one of the largest World Heritage sites in Africa the next proving ground for strategies to eliminate poaching. It is true that the park’s elephant population has dropped by 90 per cent in fewer than 40 years, but with political commitment, enhanced protection and community involvement, WWF’s ambitious call for zero poaching within two years is achievable, and it will not only be elephants that benefit.

“Selous is the only natural World Heritage site in southern Tanzania and one of the largest wilderness areas left in Africa,” said WWF-Tanzania Country Director Amani Ngusaru. “Achieving zero elephant poaching is the first step to setting Selous on a path toward fulfilling its sustainable development potential. Together, we must ensure that this natural treasure is protected from harm.” Read the press release

Zero Poaching or Zero Wildlife? The choice is ours… and the moment is now. Join the movement to support WWF’s work now ->https://makeyourmark.panda.org/