According to Bloomberg, Mexico’s unexpected move to boost its credit line from the International Monetary Fund suggests the nation isn’t taking lightly the prospect of a Donald Trump presidency or Britain’s exit from the European Union.

On Friday May 27, the country increased the size by a third to a record $88 billion and extended it by two years. The decision surprised market watchers because the previous $67 billion agreement wasn’t set to expire until November.

To Grupo Financiero Banorte SAB — Mexico’s biggest publicly traded bank — the government is seeking to bolster its ability to withstand overseas shocks in the event of a so-called Brexit and a victory by Trump, who has vowed to implement policies that may harm Latin America’s second-biggest economy. Mexico is already contending with increased volatility in its financial markets. The peso tumbled 7 percent in May alone, prompting foreign investors to slash holdings of the nation’s bonds. 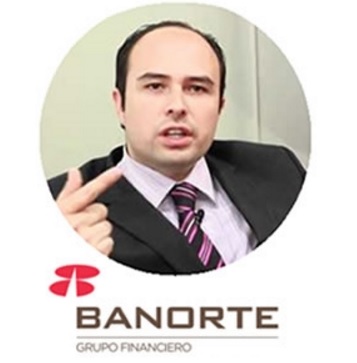 “The Mexican authorities tried to negotiate the increase before a potentially volatile summer,” said Alejandro Padilla, the head of fixed-income and currency strategy at Banorte in Mexico City. “There’s big uncertainty surrounding Brexit and the potential effects for financial markets. The theme of Trump and the U.S. elections is also something you need to consider, because he’s been very clear about his foreign policy.”

Trump, the presumptive Republican nominee for president, has pledged to make Mexico build a wall on its border to stop illegal immigration to the U.S. He’s also vowed to block billions in remittances that Mexicans working in the U.S. send back to their families. Another threat to Mexico is Trump’s plan to renegotiate or terminate the North American Free Trade Agreement, saying that it’s been a disaster for the U.S.

In explaining last week the reasons for requesting the early renewal of and increase to the IMF loan, which Mexico has never tapped since first obtaining it in 2009, the nation’s officials cited “risks coming from the exterior.” These included a bigger slowdown in global economic activity, uncertainty about the pace of U.S. interest-rate increases and the potential for a larger deceleration in trade, employment and global financial flows.

In a March interview, Agustin Carstens, head of the central bank, said the possibility of a Trump presidency is implicitly reflected in the risk models used by policy makers and something that’s in their heads. Speaking to reporters in Mexico City on Tuesday night, Carstens said Brexit and the potential for Trump’s election need to be watched because they could spur volatility in international financial markets.

If Britain votes to exit the EU in a June 23 referendum, the peso may plunge about 12 percent to 21 per dollar, Marco Oviedo, the chief Mexico economist at Barclays Plc, said last week at a conference hosted by El Financiero Bloomberg. As the world’s most liquid emerging-market currency, the peso is widely used to hedge risky assets, making it vulnerable to a sharp selloff in times of global turmoil.

When international reserves and the IMF credit line are combined, Mexico has $265 billion at its disposal to combat global financial volatility. The $21 billion increase in the loan helps to compensate for the $25 billion that Banco de Mexico spent on dollar sales in 2015 to shore up the peso, a move that sent reserves to a two-year low in November.

To Banorte’s Padilla, Mexico’s decision to increase the credit line will help the peso strengthen about 5 percent by year-end and the nation’s benchmark bonds rebound.