The stunning, ancient Mayan sinkhole, found in the heart of the forest in the Yucatan Peninsula, shows images of Xibalbá, the underworld of the Maya.

This cenote contains numerous bones and fossils, which can be seen on dives, and is believed to be a historical graveyard.

The series of spectacular images that were captured by Fabrice Guerin were published on May 27 by British newspaper The Daily Mail. 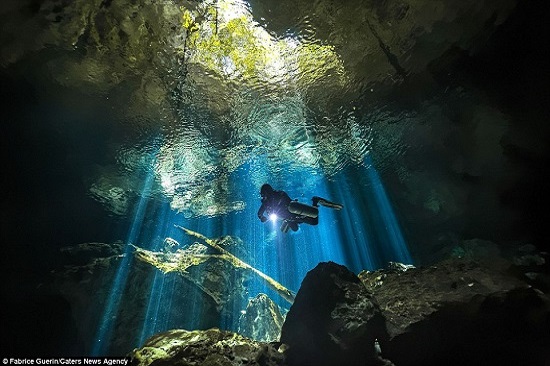 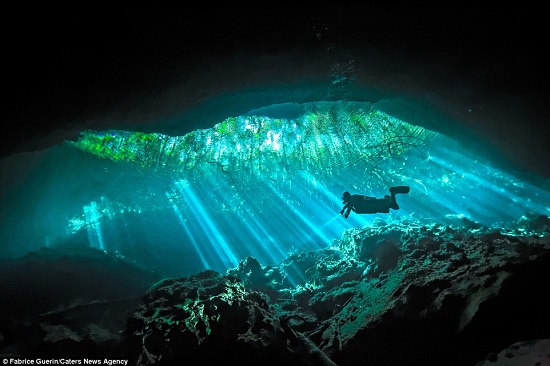 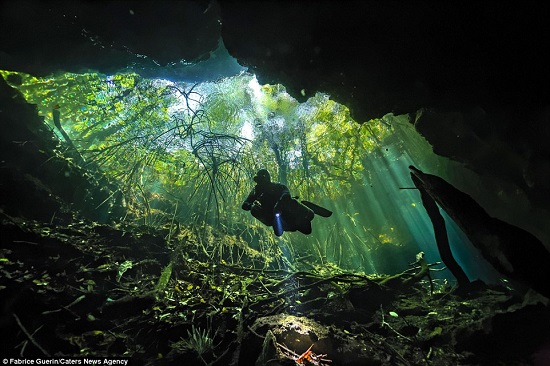 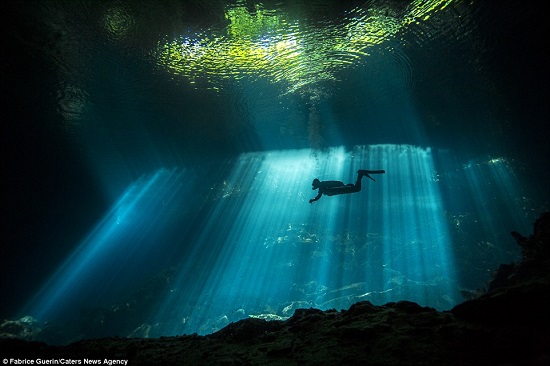 This daring diver has plunged to the deepest depths to capture these stunning snaps of an ancient Mayan sinkhole.

The deep crater, in the heart of the Mayan forest in the Yucatan Peninsula, is believed to be the site of an ancient Mayan burial ground – the eerie cavern is filled with bones and fossils.

The spectacular pictures were taken by French wildlife and underwater photographer Fabrice Guerin, during a trip to find out more about the fascinating sinkhole

Guerin said: ‘When you dive here, you become an adventurer and an archaeologist. Behind each rock, you discover a new scene. 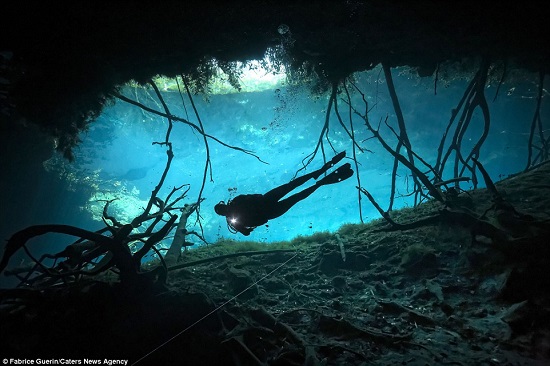 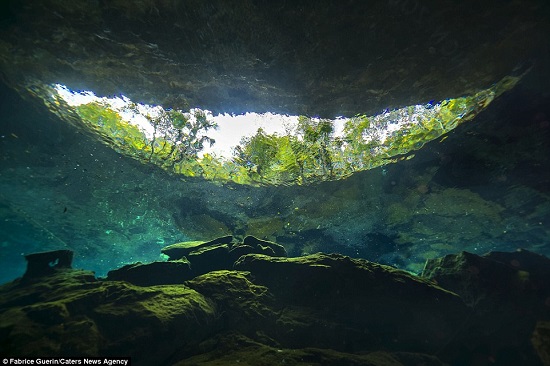 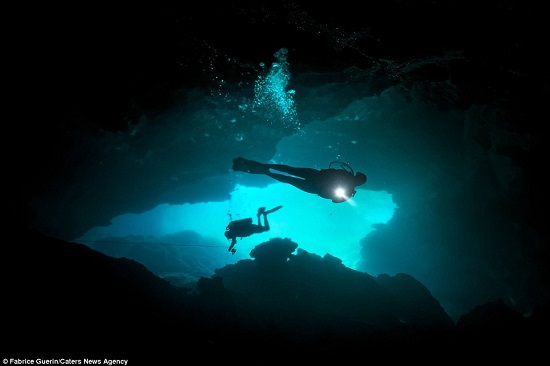 ‘The atmosphere is unforgettable – to dive in the sulphur cloud, to be in a huge underwater cathedral with giant stalactites and stalagmites, to encounter an American crocodile when you leave a cave, to see Mayan skeletons and beautiful fossils – it’s incredible.

‘I wanted to share this amazing experience of such a unique, magical site.
‘There is lots of natural lighting and the water is crystal clear, making for amazing pictures.

‘The mysticism, beauty and exuberance of these underwater landscapes makes me feel like I discovered another world.’ 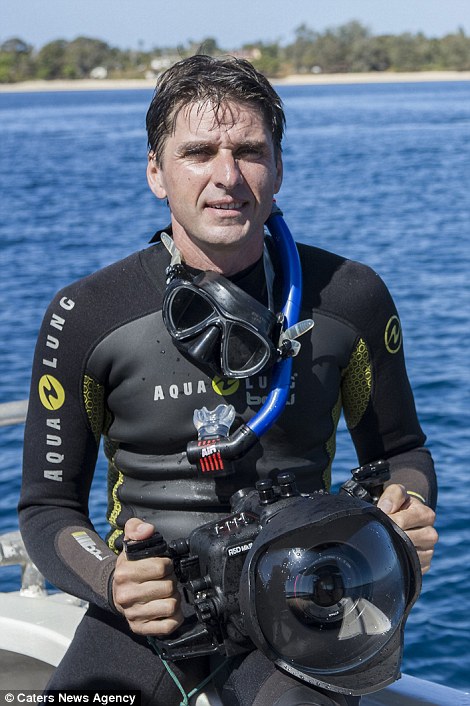 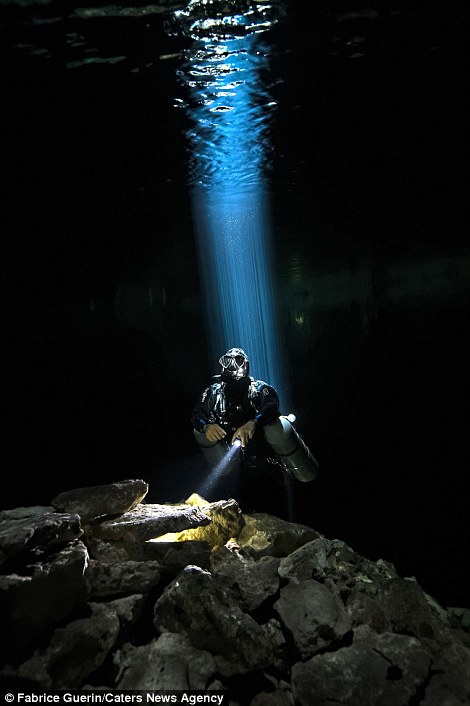 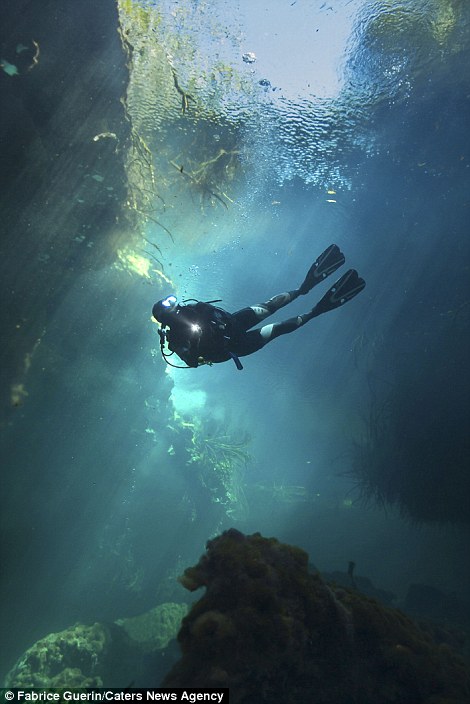 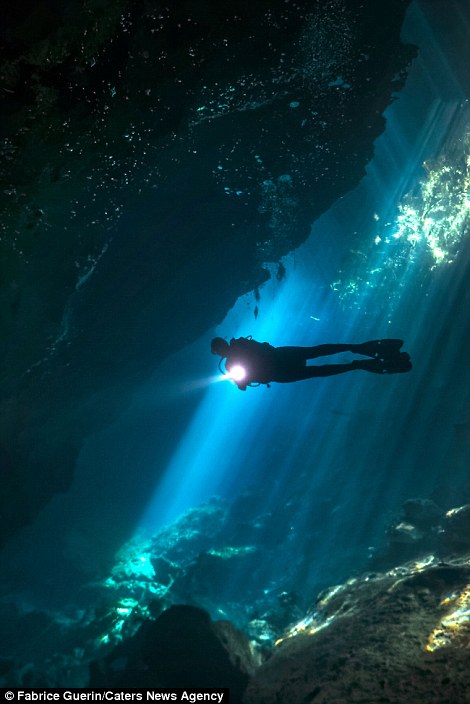 Cenotes are naturally formed pits or sinkholes made of limestone and some were used as a source of fresh water for Mayans with their entire towns built around them.

They are commonly found in low latitude regions, including coastlines, islands and areas of young post-Paleozoic limestones that have little soil development.

There are an estimated 6,000 cenotes (naturally formed sinkholes) in Mexico, but less than half have been explored.