EDITORIAL: When ignorance is not bliss

Americans love a great spectacle… but then again, hey who does not? Through time, people have witnessed amazing moments of television, some have changed the way to make television, like the 1968 televised debates between liberal Gore Vidal and conservative William F. Buckey. Others, have been very amusing, like in 1974 on the Mike Douglas show when Milton Berle told a serious anecdote about impregnating a woman he was not married to, while sharing the panel with a tremendously wasted Richard Pryor, who could not suppress his laughter during the overemotional tale. This led to a funny and entertaining confrontation. Other television moments have been more serious, even dramatic like the unforgettable David Frost – Richard Nixon interviews and from there, well from there we have experienced almost all, from Morton Downey Jr, to Geraldo Rivera, William James “Bill” O’Reilly, The Kardashians or The Osbournes and… well, Donald Trump.

There is no denying Trump has done a good job of making himself a well-off man. Actually, it does not take that much to become that kind of rich if the first part of it, is solved for you by becoming rich the good old fashion way…, which is to inherit money. From there, if you are, let´s not say smart, just a bit clever, you´ll surround yourself with people far more capable than you who will make your fortune in a not so great case, to maintain, and in the best to grow. Now, going back to the fact of Trump doing a good job of making himself rich, well, yes sir he has. Trump University is one of the best examples of how not to care about anything nor anyone, in order to make money, but the question is, can he make the US and/or the rest of his fellow citizen rich as well? To this day he has offered an austere assessment of the U.S. economy to say the least, and other than giving great television amusement and pontificate about how great he is in “building walls”, mocking a war veteran, or a journalist. In terms of fixing the country, he hasn´t explained how he will do it but, then again, why not believe he can? He is a reality TV star, I mean, he is the man who fired Gary Busey!!! Known for… well, being Gary Busey! But this still hasn’t answered the title of this editorial, regarding why Trump might become the next President of the US after insulting people, being a misogynist and a racist. Simple, uneducated people who television has brain washed. Don´t believe me? Here are some hard, cold numbers:

If Trump wins the presidency of the United States, I do not think it would had been he who had won… but ignorance, and ignorance is always fertile ground for the sprouting of horror, crime and fanaticism, where people live in illusions that do not carry to anything. Those today trapped by the demagoguery of a bad TV reality show “star” will get exactly what they´ll vote for… more ignorance and a lot of “Panem et circenses.” 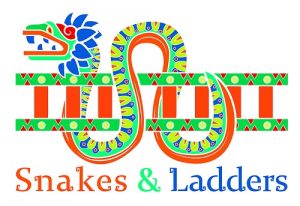 Snakes & Ladders is a column by José E. Urioste, The Yucatan Times CEO and a Business Intelligence professional in the area of Research and Development. He began his training process in mass media writing scripts for radio programs, commercials and advertising campaigns and has contribuited with newspapers, magazines and other media in general on various topics ranging from the professional to the editorial. José is the author of various fiction novels that have been presented in numerous forums and literary competitions, causing much controversy as to their content.