INAH researchers revealed a recent discovery: the solar observatory in Acanceh is also aligned to Venus, confirming the mayans had a great knowledge of our solar system.

The specialist of the Yucatan National Institute of Anthropology and History (INAH) Beatriz Suaste Quintal, recalled that in 2002 semicircular excavations began in Acanceh, which were later confirmed to be an underground astronomical observatory.

“We believe his building used to be a multifunctional facility that was used exclusively by the Mayan elite, specifically for priests-astronomers”, she explained in an interview. 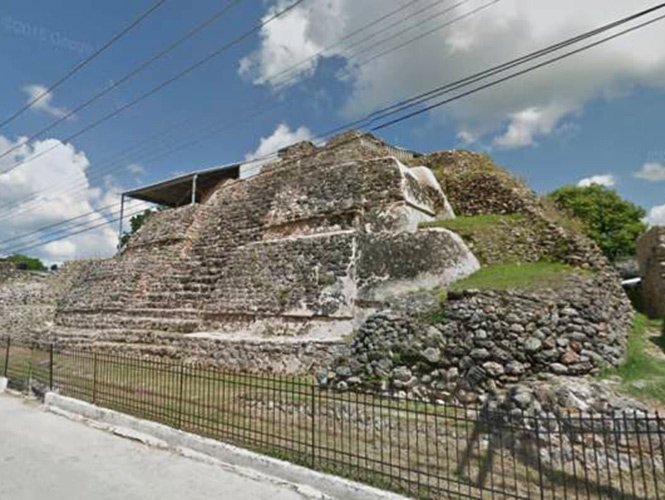 He said that Venus is the third brightest planet in the sky, it was possible to calculate a cycle for it to have its maximum output in the north, fact represented mainly in one of the three codes that were also found at the site.

“Although there was not more material that would allow to get to know the final altitude and width of the building, since the stones were used to build the current city, today’s evidence shows that it was an overhead observatory”

“From here its easy to see how the Sun comes out just above our heads, preventing the generation of shadows in vertical buildings, as well as people” she noted.

In fact, on Tuesday May 24, shortly after 1 pm, an archaeoastronomical phenomenon was observed in the Cenit, in which the starlight enters perpendicularly on the building, so for several minutes the shadows disappeared completely.

On his behalf, researcher Orlando Contreras Casares highlited the importance of this pre-Hispanic structure, functioning both as a solar and Venusian observatory.

This confirms that Venus had an important function for the Maya, and indeed the planet was represented as a diety, named Noh Ek, whose astronomical calculation is refered to in the Dresden Codex.