Noche Blanca: a full night of live art and culture in Merida May 21

Everything is ready for the sixth edition of Mérida’s “Noche Blanca” this Saturday May 21, where all attendees will enjoy a vast number of events in nine museums, 28 galleries, theaters and public spaces, from 8 pm to 2 am.

In fact, there will be so many activities that people will have to manage their time pretty well in order not to miss the events of their preference.

172 different events will take place in an environment of art and culture, in which Meridanos and tourists, children and adults, will take to the streets, squares, corners, public and private spaces of  “The White City” to enjoy an extensive cultural program featuring art conferences, theater, music, dance, poetry, gastronomy, photography, astronomy, painting, sculpture, light and sound shows, visual, plastic and culinary arts, along with many other forms of artistic expression.

There will be a tribute to the late Mexican musician Chico Che, exhibitions of Capoeira, Jazz Sensitive, Hip Hop, classical music and puppets among other amazing events. 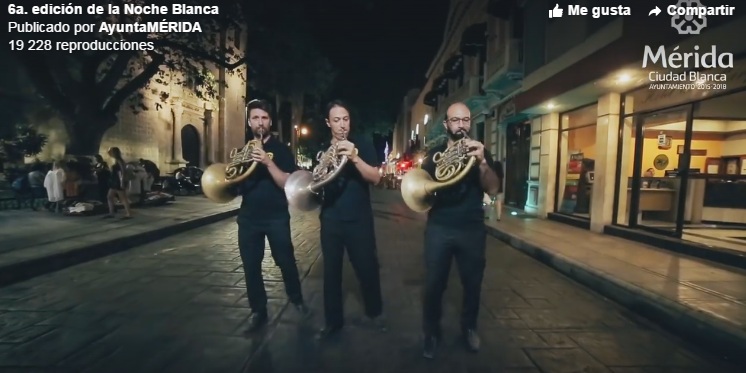 Mérida City Council official José Martínez Semerena extended a welcome to all those attending the sixth edition of “Noche Blanca, Arte a Tope” this May 21, where more than 172 events will be presented at different venues from 8 pm to 2 am.

He emphasized the use of new technologies to achieve greater interactivity between visitors and exhibits.

“In this “Noche Blanca” every individual will be able to find some kind of event or feature presentation that suits their personal preference, including interactive activities. The museums will have digital support material that will allow the visitors to interact with the exhibits”, concluded Martínez Semerena.

Something totally new for this edition of the “Noche Blanca” will be the Lunas and Bicilunas.

The “Lunas” are “unplugged” accoustic musical performances that will take place in different street staged venues throughout the city. 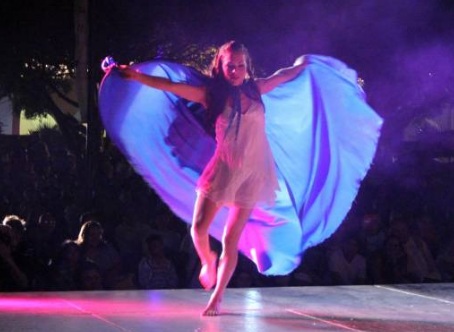 The “Bicilunas circuit” is basically a bicycle route that will connect the neighborhoods of Santiago and Santa Ana, giving a “family touch” to this magical night in the city center.

“Bicilunas circuit” is an essential part of the new way to “get around Centro” during Noche Blanca.