In the last decade, the Sinaloa Cartel owned the largest fleet of airplanes in Mexico, with 599 aircraft seized between 2006 and 2015.

Joaquin “El Chapo” Guzman’s organization also operated a vast network of runways throughout the country’s northern fringe, with 4,771 clandestine runways detected and destroyed in that period of time.

, Guzman’s operation relies on ultralight planes capable of transporting up to 500 kilos of drugs per flight.

Cessna’s small, piston-powered aircrafts were the most popular in the last decade thanks to their ability to take off and land on runways just 300 to 400 yards long.

Next in popularity were Rockwell, Gulfstream, Piper and Beechcraft – all aircrafts that were made in America.

According to Sedena, the Sinaloa Cartel has drawn a number of air routes for its drug operations that typically end in the mountains of Sinaloa, Chihuahua and Durango, known as the Golden Triangle, from where they are then smuggled into the U.S. 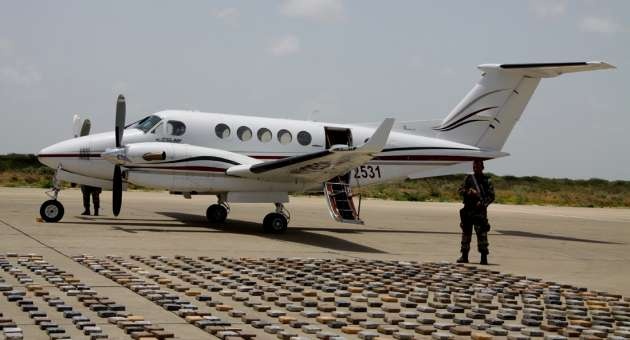 “I provide more heroin, methamphetamine, cocaine and marijuana than any other person in the world,” Guzman told Sean Penn in his Rolling Stone article before being recaptured in January. “I have a fleet of submarines and planes.”

Despite its leader being in prison, the Sinaloa Cartel continues to be the No. 1 supplier of illegal drugs in the U.S.