Yucatan is ready to exploit new commercial markets in Cuba

Yucatán state has everything to become the leading provider of services, supplies, business and tourist exchanges with Cuba, that are expected due to the trade liberalization resulting from the reset of relations with the United States.

Currently, the market value between Mexico and Cuba represents annually USD $500 million, and business between Yucatan and the island last year were around USD$17 million in an emerging market where geographical proximity gives advantages to Yucatan.

Against this background, local businessmen from various branches have already begun to make the first talks with the authorities of the Caribbean island. 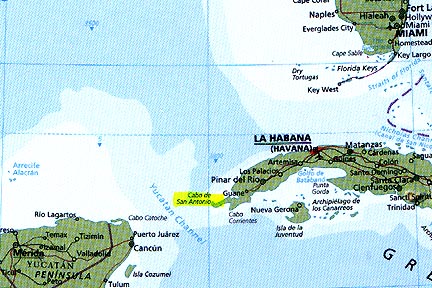 Shoes, pork, t-shirts and looms are ready to be transported to Havana as soon as the first collaboration agreements for new commercial laws of that government are signed.

The Delegate of Economy Ministry in Yucatan, Adolfo Perez Peniche, said that entrepreneurs shoe industry will be among the first to begin to send products to the island as the Cuban government puts the ‘green light’.

“For the footwear manufacturers in Hunucmá and Ticul this is a great opportunity because trade liberalization in Cuba will mean they can export shoes, especially economic brands. Yucatán is a strong producer, even on the level of shoe manufacturers of Leon, Guanajuato, so it is a great opportunity to do business with the Caribbean country,” he said.

The federal official said that six months ago Yucatan began designing a strategy that allows local entrepreneurs to do business with the island and take advantage of this trade liberalization. “Surely Yucatan has competitive advantages to access this important market,” he said.

For his part, the president of the Business Coordinating Council (CCE), Juan José Abraham Daguer, said the new Interjet direct flight Havana-Merida will increase the commercial and tourist exchanges with the island.

“Air connectivity between Havana and Merida offers Yucatecan entrepreneurs more opportunities for penetration of local products which are in demand on the Caribbean island where the detonation of a large business niche looms,” he said.

“Yucatan for several years supplies the island food and beverage, manufacturing, construction materials, chemicals and logistics services as well as plastics, flour and soft drinks, which are the most in demand,” he said.

He explained that employers can not remain static, must have vision to take advantage of new business niches, compete without fear in the world market, ‘because it will help that we contribute more to the economy’.

Meanwhile, the local leader of the National Chamber of Industry (Canacintra), Mario Can Marin, said the new route will allow doing business with the island, especially in the areas of processed meat, plastic and hotel supplies such as soap, paper and shampoo.