What are the “Panama Papers” and why is everybody talking about them?

The Panama Papers is the biggest journalistic leak ever. Through more than 11.5 million documents, it unveils a global web of financial corruption, with world leaders, government workers, billionaires and celebrities tied to offshore accounts and an all-controlling law firm in Panama.

At 2.6 terabytes, this massive leak of confidential documents from the Panama law firm Mossack Fonseca, now offers a deep, complicated look at an international web of corporate finance, corruption, and tax avoidance.

The Panama Papers provide detailed information on more than 214,000 offshore companies, including the identities of shareholders and directors.

But the heart of the story — a bunch of individuals and organizations storing their money in secret offshore locations like Panama — isn’t that complicated. Over at Reddit, user DanGliesack gave one of the best explanations:

When you get a quarter you put it in the piggy bank. The piggy bank is on a shelf in your closet. Your mom knows this and she checks on it every once in a while, so she knows when you put more money in or spend it.

Now one day, you might decide “I don’t want mom to look at my money.” So you go over to Johnny’s house with an extra piggy bank that you’re going to keep in his room. You write your name on it and put it in his closet. Johnny’s mom is always very busy, so she never has time to check on his piggy bank. So you can keep yours there and it will stay a secret.

One day, Johnny’s mom comes home and sees all the piggy banks. She gets very mad and calls everyone’s parents to let them know.

Now not everyone did this for a bad reason. Eric’s older brother always steals from his piggy bank, so he just wanted a better hiding spot. Timmy wanted to save up to buy his mom a birthday present without her knowing. Sammy just did it because he thought it was fun. But many kids did do it for a bad reason. Jacob was stealing people’s lunch money and didn’t want his parents to figure it out. Michael was stealing money from his mom’s purse. Fat Bobby’s parents put him on a diet, and didn’t want them to figure out when he was buying candy. 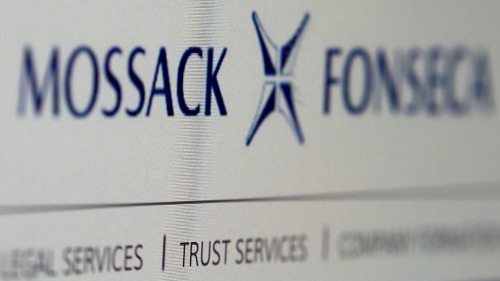 Now in real life, many very important people were just caught hiding their piggy banks at Johnny’s house in Panama. Today their moms all found out. Pretty soon, we’ll know more about which of these important people were doing it for bad reasons and which were doing it for good reasons. But almost everyone is in trouble regardless, because it’s against the rules to keep secrets no matter what.

According to Vox’s author, Matt Yglesias explained, chances are most of the people involved hid their money in a way that’s technically legal in order to avoid taxes. And it’s something that’s been going on for decades due to bad policy, allowing big businesses to dodge taxes in a shady but legally permissible manner.

Still, this isn’t the kind of behavior that Americans want giant corporations engaging in. After all, this is money that should be going to US coffers but just isn’t. So even those who did everything by the book are in trouble — and the big controversy may convince lawmakers to finally do something about the corporate tax system.