Courtney Mazzone, International Narcotics and Law Enforcement Officer from the U.S. Embassy in Mexico, spoke in Merida Friday April 22 about the United States’ collaboration with Mexico to improve jails and prisons across the country. Mazzone was in Merida to participate in the Southeast Regional Conference on the Penitentiary System.

Here is the press release from the U.S. Consulate in Merida:

Under the Mérida Initiative, the U.S. Embassy works with Mexican penitentiaries to help align their operations with internationally recognized standards, with a goal of obtaining international accreditation by the American Correctional Association (ACA).

That assistance complements the measures being implemented by the Mexican government, particularly the National Penitentiary System (OADPRS by its Spanish acronym), to provide a safe and secure environment for inmates, guards, and wardens, with adequate rehabilitation programs that will enable inmates to have a productive role in society upon their release.

Ms. Mazzone shared some of the highlights of U.S. government assistance for prison reform under the Merida Initiative, saying, “Since 2009, we have assisted 30 state and federal facilities to obtain ACA accreditation.  We are optimistic that by December 2016 an additional 10 facilities will be accredited by the ACA.  Here in the south east, we are currently working with penitentiaries in Chiapas and Veracruz, and look forward to working with prison facilities in all states throughout the southeast region.”

The Regional Penitentiary Conference was attended by prison directors, wardens and other penitentiary personnel from seven states, including Campeche, Chiapas, Oaxaca, Quintana Roo, Tabasco, Veracruz, and Yucatan.  It is one of two such conferences held every year for southeastern states, and is part of a national program of regional penitentiary conferences.

The Merida Initiative is a bilateral security cooperation agreement between Mexico and the United States with USD 2.5 billion in appropriated funds. Since 2009, under the Merida Initiative the U.S. government has provided approximately USD 25 million in equipment, training and technical assistance to support correctional reform in Mexico.  Much of this support has focused on assisting federal and state penitentiaries to achieve ACA accreditation. 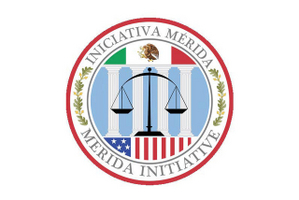