The Yucatan Country Club course “El Jaguar” designed by Jack Nicklaus has been considered among the best in Mexico… but “Mundo Ejecutivo,” a well positioned Mexican business magazine, has presented its new list of Mexico´s top golf courses, and our “Yucateco links” are not among the list. Since golf has become an immense source of tourism, out of their list we will present you with our selection of the best.

About 40% of the courses are located in sun and beach destinations, where you can enter by meeting certain restrictions since many of them are privately owned. Play venues are located all over Mexico… the most important ones are located in Cancun-Riviera Maya, Riviera Nayarit, Puerto Vallarta, Acapulco and Los Cabos, to name a few, but other sites of the country such as Ixtapa and Huatulco offer gorgeous interesting options, like the Veracruz place that hosted the Central American Games in Punta Tiburon, designed to summon professionals and amateurs.

Mexico´s “Bajio” region as well as Mexico City have been added to the list of noticable courses, most of them under the establishment of private clubs. In an interview, the general director of the Mexican Federation of Golf, Federico Valdez, explains that in Mexico there are between 27 to 28,000 registered golfers with monitored handicaps.

In an interview with “Mundo Ejecutivo” Magazine, the course designer, Agustin Pizá, the only Latin American member of the European Institute of Architects of Golf, says that unlike other countries, Mexico has desert, beach, lakes, mountains, tropical forest and even jungle with different heights. “This variety gives us a very special affluence; since we have competitive, recreational and business spaces. The latter ideal is not only to practice the skill, as well as patience and honesty in this sport of gentlemen, where all that is controlled is the next stroke. ”

It is characterized by the technical difficulties caused by its forms and its majestic views. The par 3, 15th hole is located next to the Caribbean Sea, one of the characteristics of the resort in the Riviera Maya, is the limestone that surrounds the area. Hole 1 is located in the Cenote. 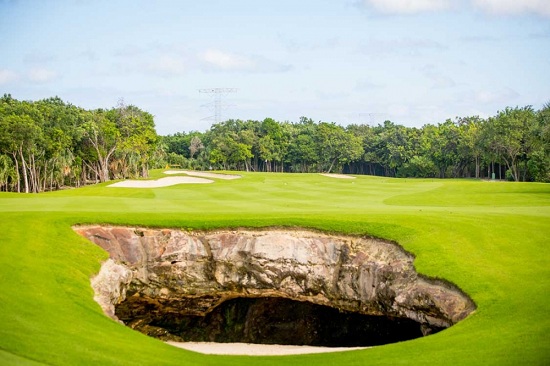 5 of the 18 holes flow into the Pacific Ocean. Its majestic lakes and white sand traps characterize it. The development has one of the most striking “links” courses across the continent, designed by Robert Von Hagge, and it is a competitive field. 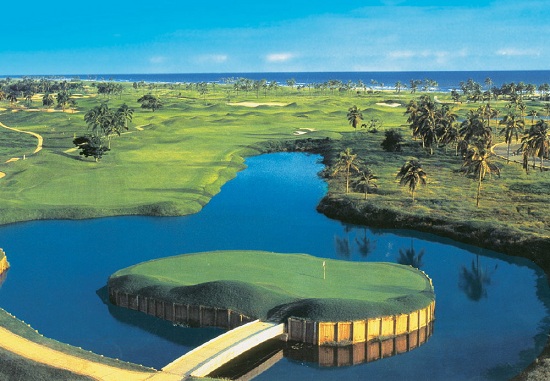 Jack Nicklaus designed this golf course with 27 holes formed by three groups of nine; it distinguishes the presence of high cactus and the Sea of Cortez. It opened in 1992, in Los Cabos, the even velvety lawn extends over 6,400 meters. The Palmilla Golf Club has been listed amongst the top 100 best golf resorts in the world. 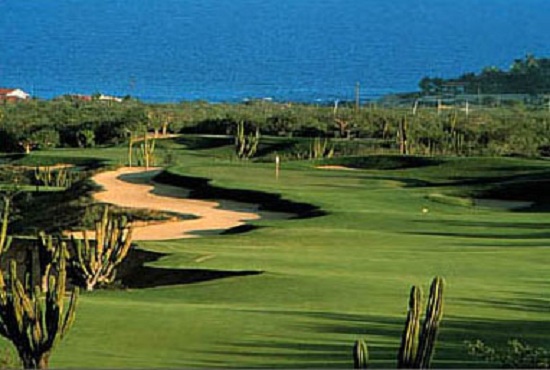 18 holes, par 72, a competitive field, next to a Bengal tiger living in its protected habitat. 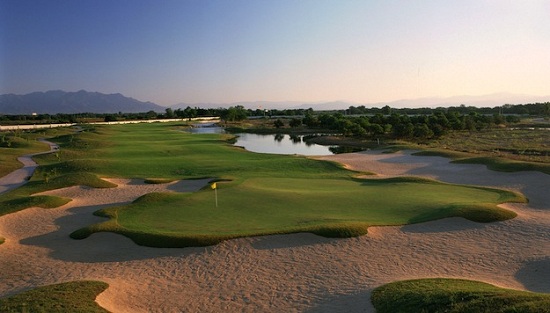 Internationally recognized and awarded in the United States. It features 18 holes, the ideal balance between challenge and golfing experience, designed by Pizá Golf Design, style “eco-friendly” sustainable within the tropical forest of Oaxaca. Pizá implemented its method “Go- Green”, which promotes greater interaction and harmony between the golf course and nature. 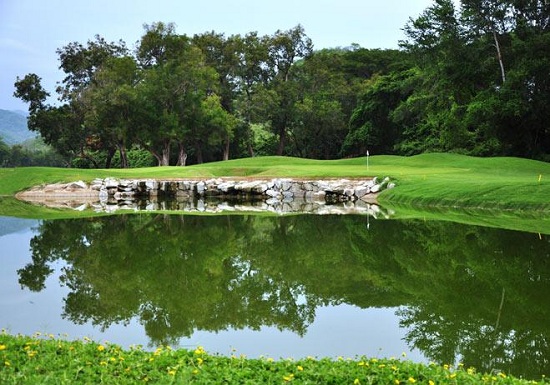 Mexico’s first true “links” were fashioned by Davis Love III, and his design team has placed this field in number 52 of the “Top 100 Courses in the World 2016”. The course is situated by the Pacific Ocean from a fantastic set of white sand dunes, huge portions of which are without vegetation and seem like enormous snow drifts. Holes hug the flowing terrain with little artificiality. Two holes on the back nine once played around a long lagoon but have been replaced by new 12th and 13th holes on the beach. So now the entire second nine is adjacent to the ocean, amidst the tallest dunes. How unique is this course? No other links in the world has cactus.

Located in the middle of Baja California Sur in Cabo San Lucas, México. 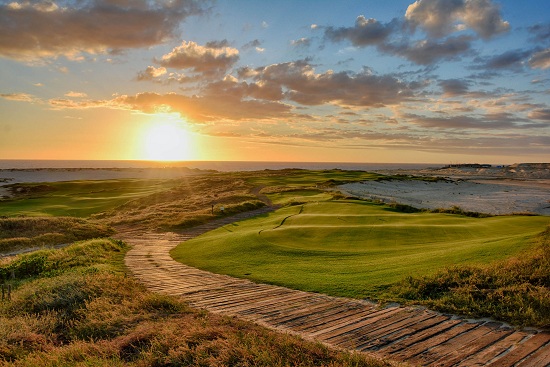