“The Maya – Language of Beauty” featured in Berlin exhibit

The exhibition “The Maya – Language of Beauty” is all about the magnificent artistic forms of expression of this Mesoamerican culture. With a collection of around 300 works of art, including many Mexican national treasures, it displays the fundamental aspects of pre-Hispanic art: the body and the physique are central to this exhibition.

The Maya present their vision of life using various materials and techniques from their daily life, splendid buildings and works of art. They describe their relationship with gods, their everyday existence, their literature, their astronomy, their music and their dances. What often dominates these works is an idealised notion of humanity, which the Maya retained not only in their conception of humans and the ideal of beauty, but also in the location of mankind in the cosmos.

In 2016, Mexico and Germany are organising a joint year of culture. The highlights include this Mayan exhibition with showpieces that are among Mexico’s most precious cultural assets. On the Yucatán Peninsula in the Gulf of Mexico, between 500 B.C. and 1500 A.D., they created a variety of the highest artistic forms in art too, and with reliefs, busts and figures made of stone or clay, they were far ahead of all the contemporary cultures on their continent. 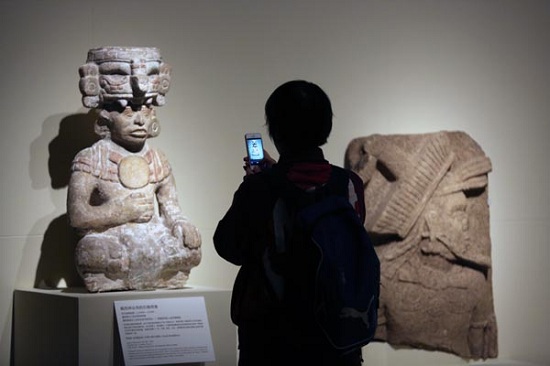 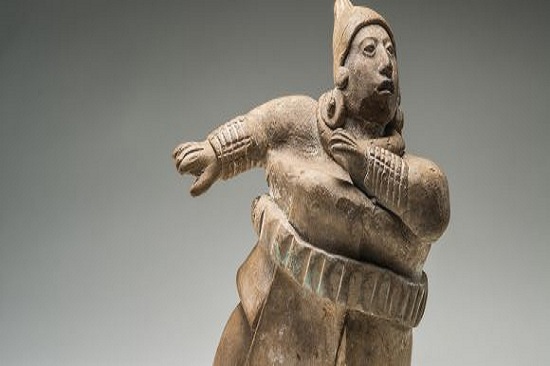 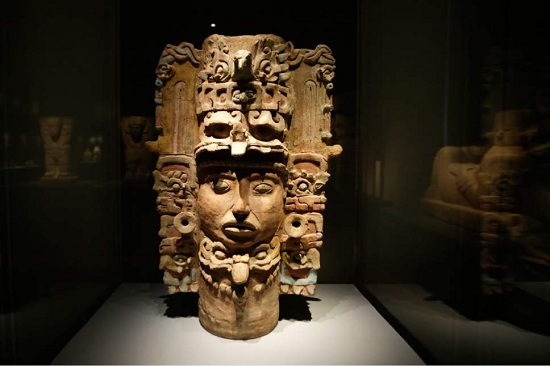 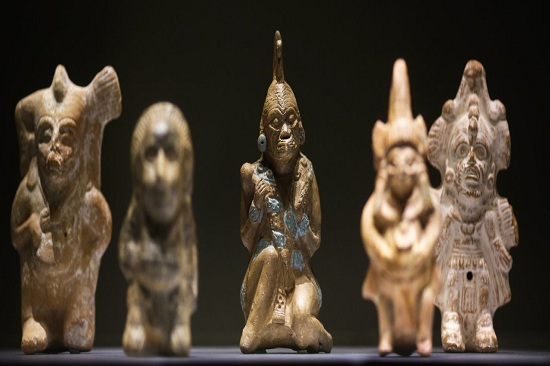 Religion characterised their culture. To appease the gods, they subjected themselves to various rites, to which the cult of the body was central, as is demonstrated by numerous artifacts.

To achieve their ideal of beauty, they used the body as a “canvas”. They altered their physical appearance in many ways. This ranged from everyday methods such as hairstyles and skin colour to tooth jewellery, scars, tattoos and artistic modification of the body shape, which changed the appearance for life and stood as a visible expression of cultural identity and social belonging.

Clothing indicated the social status of a person. The majority of the population dressed simply: women wore a “huipil”, a kind of tunic, and men wore a loincloth. The nobles dressed elegantly with artistically worked clothing, accessories such as belts, necklaces, head coverings, and breast and head ornaments set with precious stones and feathers, as can be seen in quite a number of the artifacts.

The Maya regarded the differences between the human and animal kingdoms as part of their world view, which was based on complementary contrasts: life and death, humankind and nature, human and animal. They believed animals possessed supernatural powers and could speak and think. Those who reigned reinforced their power by attributing special abilities to themselves, which enabled them to leave their body at night and move freely in the form of incredible animal-like beings. 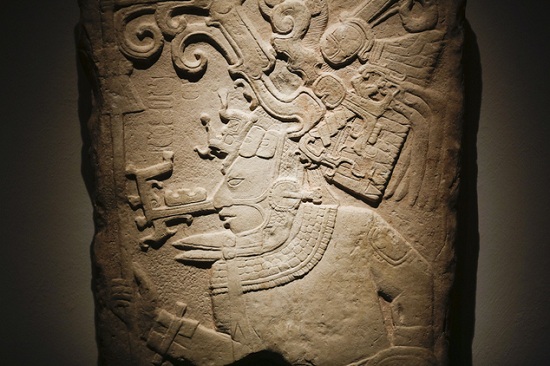 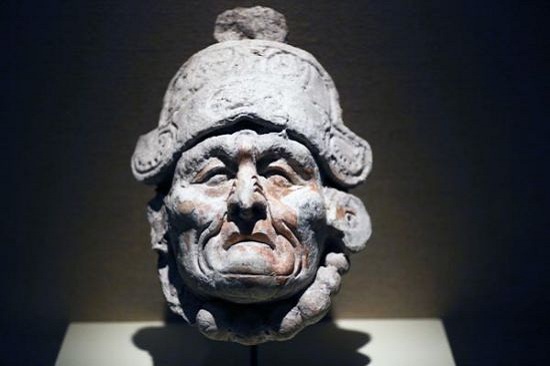 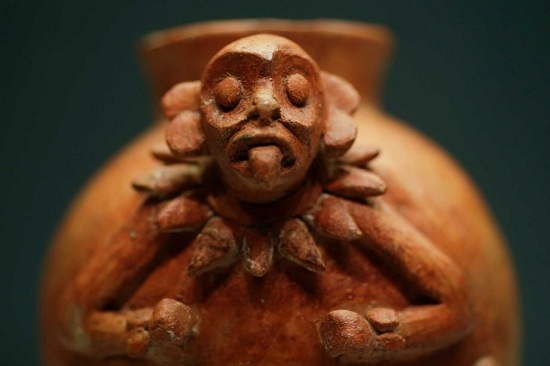 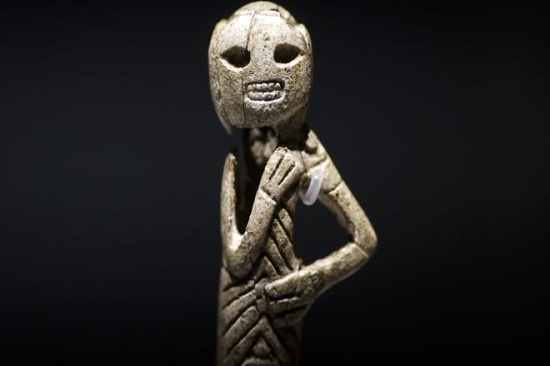 The Maya worshipped many gods and shrines. They believed everything originating from unexplainable and fearsome natural phenomena as well as the material and spiritual were an expression of all existence. The representatives of these deities possessed human characteristics with imaginative components; the overlaying of various gods resulted in contrasting manifestations. Like nature itself, they were able to be male and female, young and old, animal and human, creative and destructive at the same time.

The enigmatic writings of the Maya have recently been decrypted, the ruling dynasties are known, number systems and calendar calculations have been investigated, and yet the Mayan Indians, of which eight million remain today, are still shrouded in mystery.

ORGANIZER Berliner Festspiele / Martin-Gropius-Bau. Enabled by the Capital Cultural Fund Berlin. An exhibition from the Instituto Nacional de Antropología e Historia (INAH), Mexico. Promoted by the State Department of the United Mexican States and the Mexican Embassy in Berlin.