Spring looking bright for the real estate sector in Merida

Spring time is here, and it is looking bright for the real estate sector in Merida!

According to Jim Mann, a great number of properties have been selling, mostly in the following “barrios” of the downtown area:

These particular geographical zones of the city currently hold a big amount of properties that show a lot of potential for anybody interested in investing in real estate.

Many buyers are looking for properties that have already been restored, because it is so much easier to do so, instead of going through all the process of restoration, construction and modification of a house. 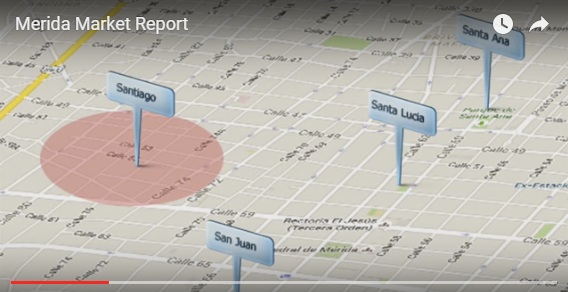 According to Mr. Mann, what is “Hot” right now is the area East of Paseo de Montejo, near the new cultural center “La Cupula”. He states that there are many wonderful houses down there, and that right now it is a great time to invest in that particular zone.

Jim also says that some urban structural changes that are taking place in the downtown area are impacting (and will impact more) the prices of real estate. Such as the construction of the new Convention Center on Calle 62, just two blocks away from the Hyatt and the Fiesta Americana hotels. He states that for anybody thinking about investing for the future, this is a great time to go ahead and buy some property in this area.

One of the things that Jim Mann is highlighting in his latest Merida Real Estate Market Report is the fact that many of the Expats buying home in the downtown area need a garage, and that sometimes is not that easy to get done due to differente factors, so he advises to check with your architect to see it it’s possible.

Mr. Mann also says that there have been some significant capital gain changes in the last 6 months, and his advise is to check the new regulations with your lawyer and/or accountant.