More than 300 bikers gathered at the “Monumento a la Patria” in Merida on Monday April 4th, to demonstrate and express their support to the families of two motorcyclists who were killed.

Protesters headed north on Prolongación Paseo de Montejo to the Periferico, where they passed by the spot where José Alfredo Gasca León was killed by a drunk driver,  and then they headed West to the Attorney General’s Office, where they held a peaceful demonstration to demand justice and security.

Protesters said they will continue with peaceful demonstrations in order to raise awareness among drivers, particularly taxi and bus drivers, who cause more accidents involving motorcyclists, due to a lack of respect to them. 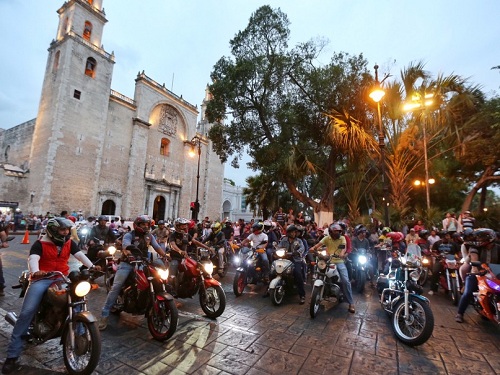 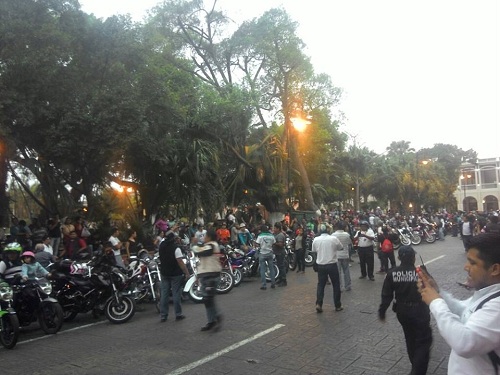 At around 6 a.m. on Saturday April 2nd, a fatal accident occurred at kilometer 32 of the Periferico, where 25 year old José Alfredo Gasca León from Mérida, Yucatán, died when he fell from a 20 meter (50 ft) high bridge after colliding with a Chevy (license plate YZF 6947), that was traveling in the opposite direction.

As he reached the highest point on the bridge, Jose Alfredo Gasca never expected to encounter a vehicle circulating on opposite direction- By the marks on the hood of the Chevy, it appears that he tried to evade it, but unfortunately made contact with the car and was launched onto the left side of the bridge, above the safety bar, and free fell from a height of 20 meters.

After the crash, the car driver, who was apparently DUI, fled the scene, but the vehicle was located minutes later by agents of the SSP in the parking lot of Galerías Mérida shopping center. The body of the now deceased was discovered by agents of the Ministry of Public Security, who came to the scene after receiving several reports of a motorcycle lying on the pavement.

Office staff, the Forensic Medical Service and UEEC elements of the SSP Police, conducted the research of the accident. 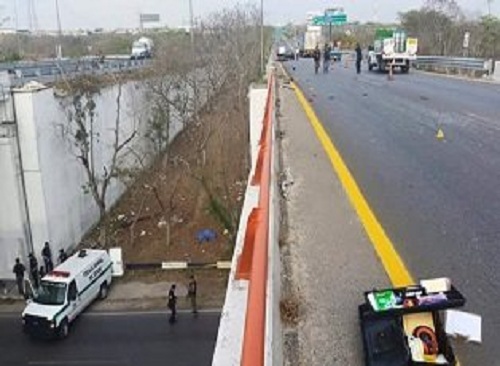 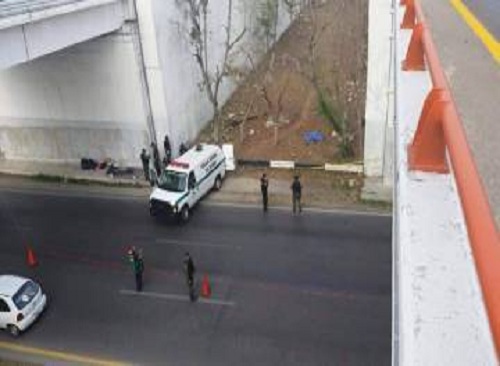 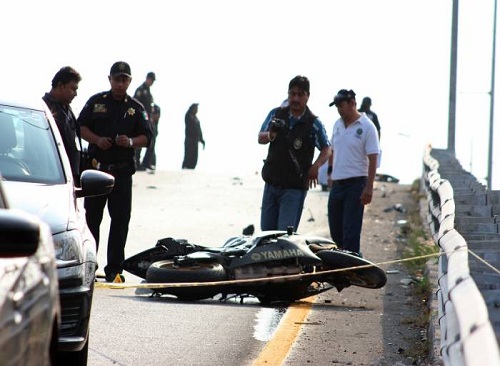 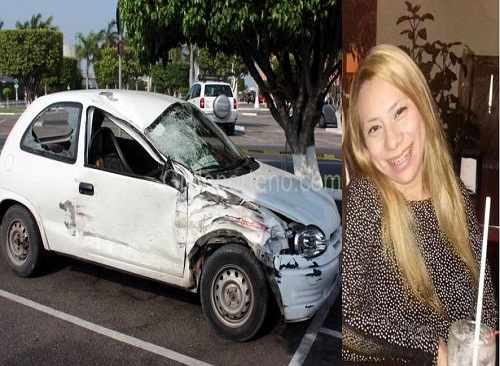 A preventive 6 month sentence was dictated to Sofia Margarita Briceño Pech, 23, who was driving while intoxicated. Reportedly after a club night at Chicxulub Puerto, her condition made her lose all sense of direction and she drove in the opposite direction on the Periferico bridge where she collided with Alfredo Gasca León.

Although the crime is alleged and usually the aggressor is out on bail, this time the accused was immediately taken to prison due to the circumstances surrounding the accident. Gasca Leon was traveling on a black Yamaha R-6 sports motorcycle. He was killed instantly.

Also on Saturday April 2nd another fatal accident occured in the town of Espita, Yucatán, where 17-year-old Arturo Marin Noh, died after running down 87-year-old Leónides Cahuich and then smashing his motorcycle against a wall.