Just when you think you’ve seen all the anti-Trump movements, a Philadelphia brewery comes out and launches anti-Donald Trump beer.

As the July Republican convention draws near with Donald Trump leading big against his opponents, Senator Ted Cruz and John Kasich, more people are coming forward to declare that the front-runner should not win in his bid for the White House seat.

A Philadelphia brewery called the Dock Street Brewery launched their anti-Donald Trump beer on March 28. The move aims to discourage Americans from supporting the front-runner. The beer is called the Short Fingered Stout, which is a reference to the 69-year-old’s hands that have been the center of some jokes by U.S. citizens. 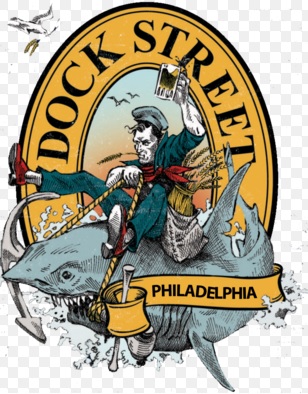 Their beer is sold individually and has a label featuring the image of the GOP front-runner. The label also bears the slogan “Friends Don’t Let Friends Vote Drumpf.”

Accordingly, the word “Drumpf” on the beer’s label is a reference to Last Week Tonight host John Oliver’s campaign to use it instead of “Trump” as a sort of an insult to the real estate mogul. John Oliver noted that “Drumpf” is the original name of the ancestors of Donald Trump, as per the book by journalist Gwenda Blair titled The Trumps: Three Generations That Built An Empire. 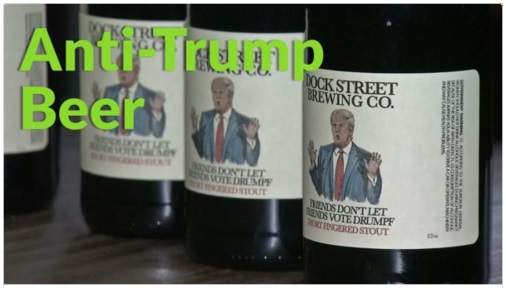 The beer was described as bitter and delusional “with an airy, light-haired head atop a so-so body.” The description also cautions people not to worry, as “its bark is worse than its bite,” which may be a reference to Donald Trump’s frequent harsh choice of words that offend many people.

However, Trump protesters cannot get their hands on the anti-Trump beer yet, as it has not been released on the market. It remains unclear when it will be open to the public to buy and if people will have to go to the Philadelphia Brewery just to purchase it. The company did say that they will be inviting attendees for the release to “debate, discuss, and toast to free speech and democracy.”

The statement of Dock Street Brewery regarding the production of the anti-Trump beer says that beer has always been an essential ingredient in the “recipe for revolutionary ideas.” Due to that, the Short Fingered Stout series will be their way of declaring their disdain for the frontrunner. 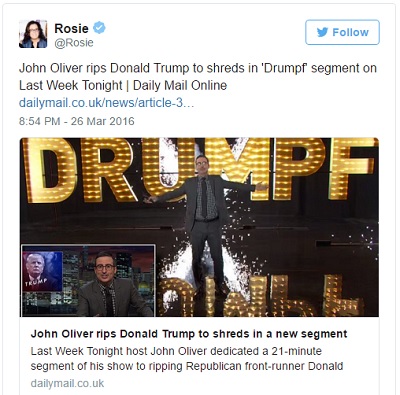 They also said that they believe the country deserves a better representative for the Republican Party. They did not, however, say which of the other candidates they are supporting.

Donald Trump is not new to controversial issues, as he has been making headlines since he declared his candidacy. He has called Mexicans rapists, further claiming that they are responsible for bringing crime into the United States. Trump has even made suggestions to build a wall around the Mexican border if he wins the White House seat. He also supported a ban on Muslims entering the country after the Paris attacks and the San Bernardino shooting last December.

Although there has been a rise in the number of his supporters, there have also been many movements in the past weeks expressing their opposition to the business mogul. This phenomenon could reportedly pose a problem for the billionaire come the New York primaries this April.

As per the latest Reuters poll, Donald Trump still has the lead over Ted Cruz and John Kasich. The mogul has 44.6 percent of the voters’ support, while the Texas senator has 26.9 and the Ohio governor has 19.8. The U.S. presidential election takes place on November 8.

Donald Trump has yet to comment on the anti-Trump beer.