According to USA TODAY, Ford Motor Company announced on Tuesday April 5th it will invest $1.6 billion to build a new plant in Mexico to build small cars, sparking an outcry from its union and GOP presidential front-runner Donald Trump.

Announcement of the new Mexican plant, to be staffed with 2,800 workers by 2020, marked another blow to the United Auto Workers union, which pushed for higher wages in its contract talks with the automaker last year. The announcement also comes amid a presidential election in which Trump has publicly pressured Ford to drop its plans to expand in Mexico.

After Ford’s announcement, Trump issued a statement calling it “an absolute disgrace” and vowing “these ridiculous, job crushing transactions will not happen when I am president.”

CEO Mark Fields has repeatedly said the automaker remains committed to investing in the U.S. but will not alter its plans to also expand in Mexico.

While it did not say what vehicles will be built in the new Mexican plant, Ford made it clear last summer that it planned to move production of its Ford Focus and C-Max hybrids cars from a plant in Wayne, Mich., to another country by 2018, the same year the new plant in San Luis Potosi, Mexico, is scheduled to open. Ford has said it will keep the Wayne plant open by building other models there, possibly a mid-size Ford Ranger pickup and a new Ford Bronco SUV.

In the U.S., the UAW had pushed for higher wages in its contract talks with the automaker last year, and Tuesday’s announcement prompted a swift reaction.

“Today’s announcement…is a disappointment and very troubling,” UAW President Dennis Williams said in a statement. “For every investment in Mexico it means jobs that could have and should have been available right here in the USA.”

But Ford says it remains committed to investing in the U.S. and adding jobs in America even as it expands its presence in Mexico.

“We have to make decisions on a global scale because we compete globally,” said Joe Hinrichs, Ford’s president of the Americas. “But let’s be clear: We are a proud American company and the majority of our investment happens here in the U.S.”

Hinrichs said Ford has hired 25,000 workers in the U.S. in the past five years and produces more cars in America than any other automaker.

Hinrichs said Ford made a commitment in November to invest $9 billion in U.S. plants and create or retain more than 8,500 jobs as part of a new four-year contract with the UAW.

Hinrichs declined to say Tuesday what products the automaker plans to make at its new plant in Mexico but did say the company intends to make the Focus in a “lower cost” country.

“When we look at our manufacturing footprint, especially with small cars, we have not made it a secret that we want to improve the profitability of small cars,” Hinrichs said.

​The automaker also said last year that it plans to spend $2.5 billion on new engine and transmission plants in Chihuahua and Guanajuato, Mexico, creating 3,800 jobs.

But Ford is hardly alone. In recent years, General Motors, Honda, Hyundai, Nissan, Mazda and Volkswagen have all announced plans to either expand existing plants or build new plants in Mexico. Fiat Chrysler Automobiles also has said it is considering an expansion of its production there. 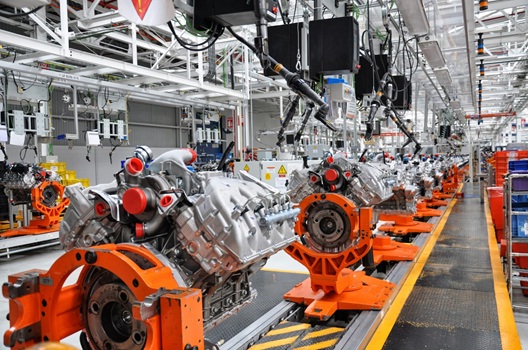 In 2014, automakers announced $18.25 billion in additional investments in North America. The breakdown: almost $10.5 billion for the U.S., $7 billion in new projects for Mexico, and a single $750-million project for Canada, according to the Center for Automotive Research. That investment is on top of the 18 plants already in Mexico, and at least five more planned or under construction.

By 2020, Mexico is expected to build one in four vehicles in a North American industry of 18.6 million units.

Union leaders often say automotive jobs are going to Mexico because of the North American Free Trade Agreement that was signed into law in 1993 by U.S. President Bill Clinton, but that is just one among several factors.

In addition to NAFTA, Mexico has 10 other free trade agreements covering 43 countries, according to ProMexico, an economic development arm of the Mexican government. Automotive executives also say Mexico’s ports and rail systems make it easy to export cars out of the country.

Mexico’s wages are also far lower than U.S. wages. The average Mexican worker assembling vehicles or making parts earns $7.79 per hour including benefits, according to the Center for Automotive Research. That’s substantially less than $37.38 in the U.S. and $39.04 in Canada.

“When you talk about small car profitability, all of these factors matter,” Hinrichs said.