At least 13 dead in Pemex explosion in Veracruz

Coatzacoalcos, Veracruz — A leak caused a deadly petrochemical plant blast that has killed at least 13 people and the toll could rise, Mexican oil company Pemex said on Thursday April 21. The explosion was the latest in a series of fatal accidents to batter the company, Reuters reports.

Pemex CEO Jose Antonio Gonzalez Anaya, who traveled to the site of Wednesday’s blast near the port of Coatzacoalcos, one of Pemex’s top oil export hubs, told local television it was unclear what caused the leak that prompted the blast.

The massive explosion at the facility’s chlorinate 3 plant in the Gulf state of Veracruz also injured 136 people, 13 of those seriously.

“We know there was a leak, what we don’t know is why, but everything points to an accident,” Gonzalez Anaya said, revising the death toll up to 13. He said 18 people were unaccounted for.

Gonzalez Anaya said there was an odor of ammonia in the area, and the company was investigating.

Calling it a “tragic accident,” President Enrique Pena Nieto said at an event in Mexico City that he would head to the region to attend to victims.

The blast occurred at a vinyl petrochemical plant that is a joint venture between Pemex’s petrochemical unit and Mexican plastic pipe maker Mexichem.

Shares in Mexichem were trading 5.5 percent lower in early trading on Thursday. 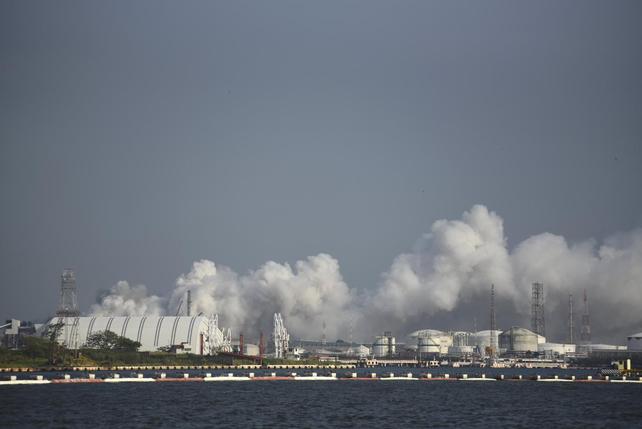 “This is neither the time for excuses nor finding those to blame. It is the time to tend to the injured, be accountable and support all those affected,” Juan Pablo del Valle, Mexichem’s chairman, said on Twitter.

In February, a fire killed a worker at the same plant, which lies within Pemex’s larger Pajaritos petrochemical complex and makes vinyl chloride monomer, also known as chloroethene, an industrial chemical used to produce plastic piping.

The explosion was the latest in a litany of safety disasters that have plagued the state oil giant, which is trying to stem the bleed of sliding output and slash costs as it creaks under the pressure of low crude prices.

In 2013, at least 37 people were killed by a blast at its Mexico City headquarters, and 26 people died in a fire at a Pemex natural gas facility in northern Mexico in September 2012.

A 2015 fire at its Abkatun Permanente platform in the oil-rich Bay of Campeche affected oil output and cost the company up to $780 million.

Pemex said last year it had reduced its annual accident rate in 2014 by more than 33 percent. But a Reuters investigation found that Pemex was reducing its accident rate by including hours worked by office staff in its calculations.