Whale beached at Progreso was first ever recorded on Yucatan coast

PROGRESO — The Federal Attorney for Environmental Protection (PROFEPA) responded to a stranded whale, of the Balaenoptera physalus variety, that died in an area close to the Castro Remote Terminal at Puerto Progreso, Yucatan.

Local fishermen discovered the animal and called the local police, which showed up in the area known as the Playon west of the port, where the marine mammal was lying approximately 200 meters offshore.

PROFEPA personnel, Mexican Navy, and representatives of Department of Ecology of Progreso and the Autonomous University of Yucatan also arrived onsite.

During the physical examination of the whale, there was no evidence of fishing gear, harpoons, nets or other anthropogenic artefacts involved. And it was determined by specialists that it was a juvenile male specimen about 12 meters long and weighing 10 tons.

A necropsy was performed to determine possible causes of death and stranding; results are yet to be issued by PROFEPA. 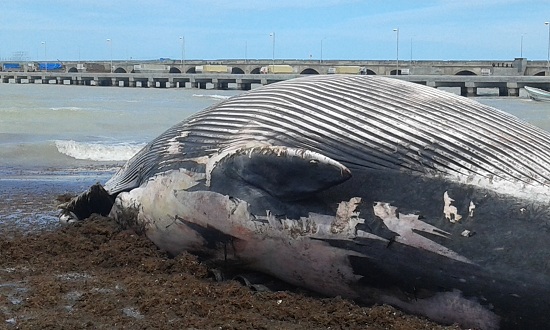 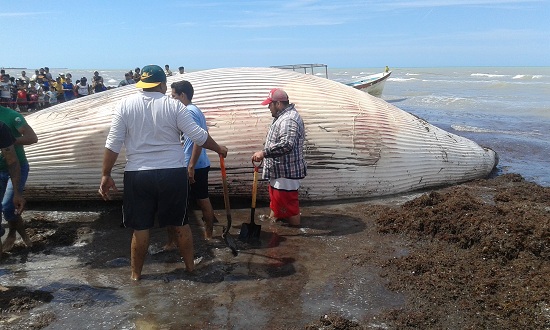 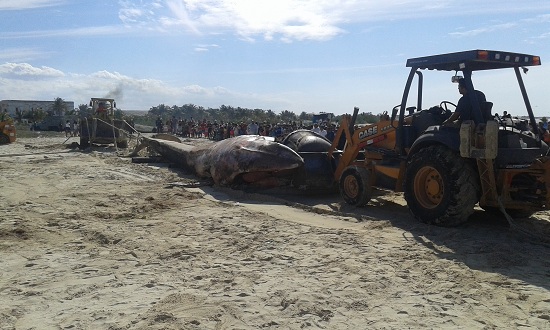 Complying with the Protocol regarding Marine Mammal Stranding Care, the final disposition of the whale’s body will be determined once the site is inspected to ensure the appropriate public health conditions required to conduct the autopsy there.

The fin whale also known as common rorqual, is listed on the Official Mexican Standard NOM-050-SEMARNAT-2010 as subject to special protection, so it is necessary to promote recovery and conservation.