Open up the champagne! American Airlines direct flight to Mérida has many cheering!

Cloudsurfing is my analogy for the flights I take to various cities around the world. On March 3, 2016, I was honored to be on the innaugural flight from Dallas, Texas to Mérida, Mexico on American Airlines. It is no secret I love Mérida, however flying there has always been a full day adventure.

When American Airlines announced the new flight from Dallas to Mérida, I was first to book the innagaural flight. Having friends in Dallas, and direct flights from both Charlotte and Salt Lake to Dallas on American Airlines, my cloudsurfing to Mérida was about to change.

I arrived early to the airport, and joined some great friends in the American Airlines Lounge. We popped open some champagne to celebrate a new cloudsurfing adventure! The five times a week roundtrip between Dallas and Mérida will serve as a gateway to many more travelers experiencing the depth and magic of Mérida. It is the perfect weekend getaway trip for Dallas residents, who can fly down on a Thursday, and return on a Sunday or Monday. Mérida is the perfect destination for culture, beach, food, or adventure.

Upon boarding the plane, t-shirts were given to each passenger, and you could feel the energy of excitement about the new direct flight from Dallas. This route made life more simple for them, as they would not have to travel to Houston or Mexico City to get to Mérida. Landing in Mérida, the flight was greeted upon arrival with the fire engine showering the plane with water, the press, and government dignitaries. It was an exciting day for both the airline and the city of Mérida. 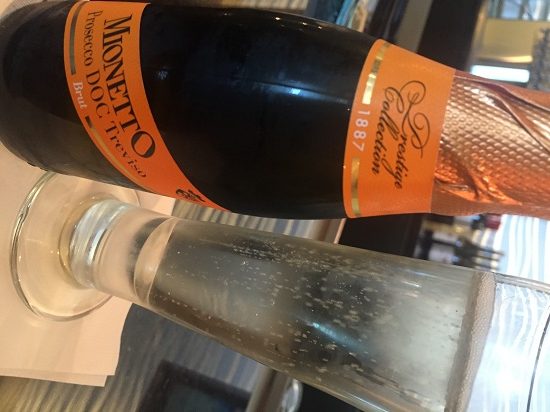 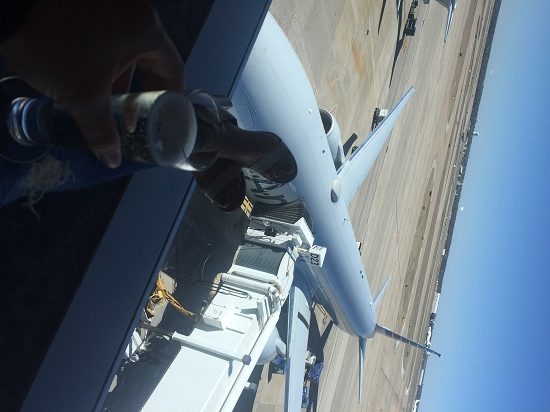 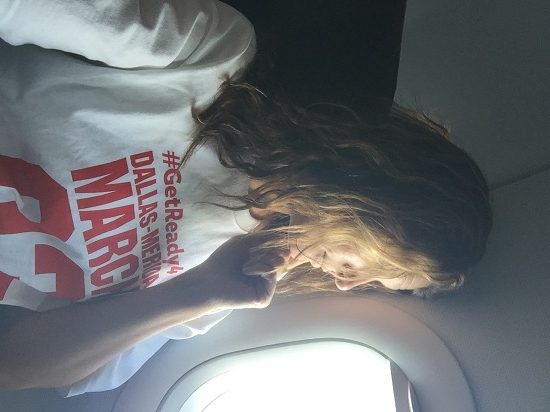 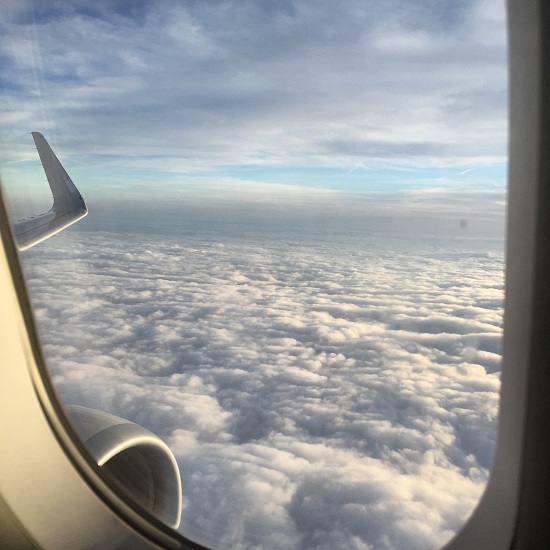 The new direct flight operates Thursday, Friday, Saturday, Sunday, and Monday, leaving Dallas at approximately 12:30 p.m., and returning from Mérida at approximately 3:45 p.m. It is a quick 2 hour and change flight, and also affordable. Fares have been quoted as low as $300 roundtrip per person, and American Airlines AAdvantage members (American Airlines sky miles program) can redeem miles starting at 17,500 per one way ticket.

The beauty of this flight is the connection cities it opens up, including Charlotte, NC (CLT); Chicago, IL (ORD); New York City, NY (LGA and JFK); Los Angeles, CA (LAX); Miami, FL (MIA); Phoenix, AZ (PHX); and Washington, DC (DCA). All these airport hubs for American make it easy to connect through Dallas to explore Mérida.

American Airlines took a chance, believing in Mérida and the heart of the Yucatán as a destination. I applaud the airline, Yucatán Secretary of Tourism Saul Ancona, and the city of Mérida for their commitment in expanding tourism here.

And for the record, I love to fly American Airlines as they are the only airline that consistently has champagne on board! Cheers to the new cloudsurfing route from Dallas to Mérida!

By Miranda Allfrey for TYT

Miranda Allfrey is an accredited International Travel Writer, with features published in The Yucatán  Times and Live and Invest Overseas. Discovering charming destinations for more than a decade, she  seeks out local experiences, culture, and delicious food wherever her travels take her. Miranda’s  personal travel blog, Cloud Surfing, can be found here- cloudsurfing.life