Michel Maugeé retrospective ends with guided tours by the artist

This reporter had the privilege of a private personal tour of the “Michel Maugée Retrospective” exhibition at La Cupula Cultural Center guided by the author himself, taking his time to briefly explain and describe details of the different works of art, one by one.

The name of the exhibition is “Michel Maugée Retrospective”, and that is exactly what it is, a timeline of the artist’s last 20 or 25 years, describing different facts, events and affairs in his very particular style.

The way Michel handles the color and the form, provides his works of art with movement, motion, action, even sound in some cases… it is amazing the way he can represent a place like “La Plaza Grande de Mérida” or “El Paseo de Montejo” in a unique and original way that features the artist’s talent in a colorful and fantastic display of shapes and figures, that makes ordinary people (like this reporter) see Mérida from a totally different and marvelous perspective.

The exhibition concludes Sunday March 6th, but this Thursday March 3rd there will be three guided tours by the artist himself (one in Spanish, one in English and one more in French).

I had the opportunity to interview Michel, and this is what he had to say to TYT readers.

MM: I`ve been living in Merida for the last 24 years, I spent 18 months in Coahuila, specifically in the border town of Piedras Negras when I first came to Mexico through the United States.

When I finalized my studies at the Higher National School of Decorative Arts (École nationale supérieure des arts décoratifs) in Paris, France, where I lived for 17 years, a good friend of mine advised me to leave for another country where I could develop my talents as an artist. So I left France, went to Martinique, which is my homeland, then went to Florida where my brother was living at the time, and finally ended up in Piedras Negras, Coahuila, in northern Mexico.

It was there where people started to feel attracted to my work. And that’s how I formally became a professional painter.

When I was in Piedras Negras I made a painting called “Palabras que matan” (words that kill), in reference to the power of gossip in little towns like that one, that sometimes can even lead to tragedy and suicide.

And after a while, I decided to leave that town with my girlfriend at the time. We thought of going to Xalapa, Veracruz, and also considered the possiblity of residing in San Miguel de Allende, Guanajuato, but finally, we came to Merida, because I love colonial cities, I liked the style of this region, and here I am. The heat didn’t scared me away, since I was born in the island of Martinique, in the Caribbean. 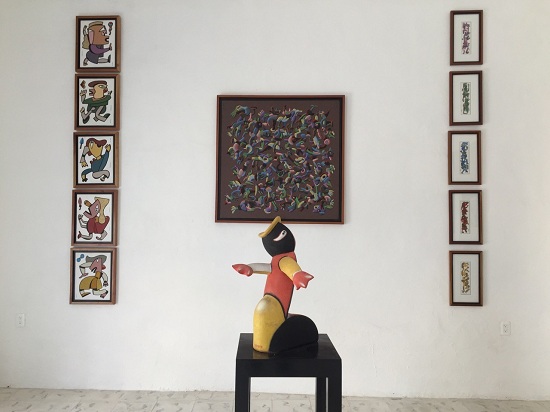 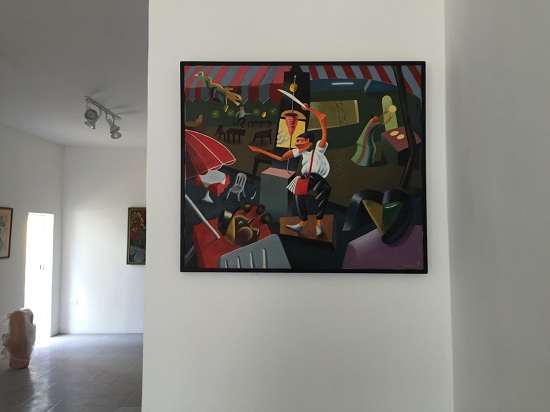 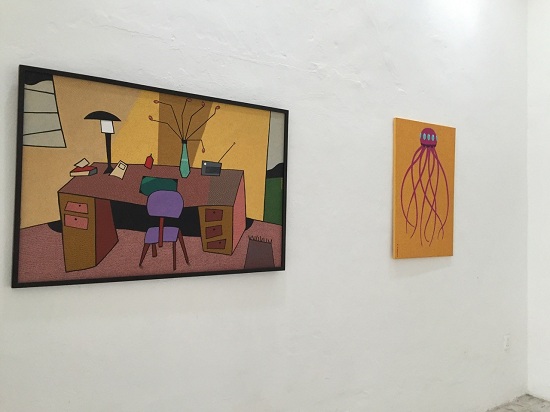 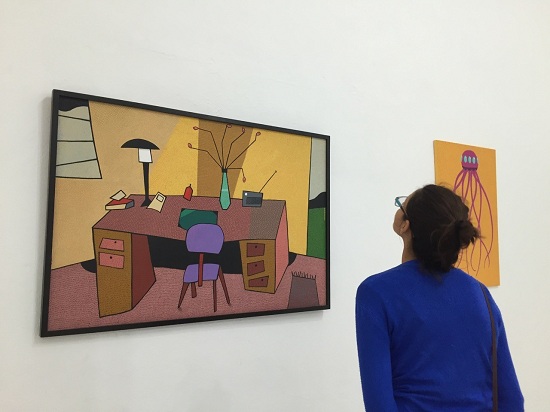 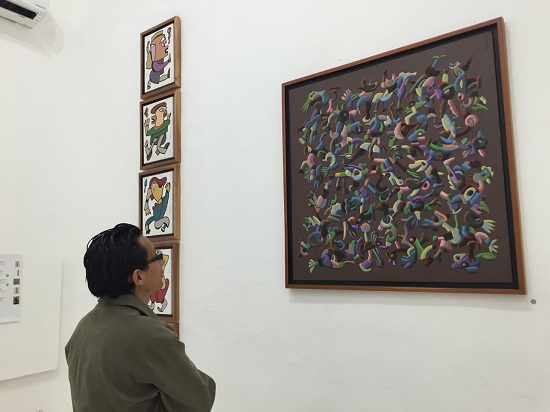 I started selling my work on the streets of Merida, I was using the technique known as “wash”. Little by little, I started to make a living out of my work, with the help of friends, such as the owner of “Luigi’s Restaurant” on Calle 21, Itzimna, who allowed me to exhibit my work on the walls of his restaurant, that’s how people started to feel interested in my work.

It`s funny how I never thought about myself as a teacher, and now I have been an art professor at the Universidad Autónoma de Yucatàn (UADY) for many years. I started teaching at the local Bellas Artes School, and then I taught at this place called “La Casa de España” as a substitute teacher, afterwards at the “Casa de la Cultura,” and finally at UADY.

TYT: Have you ever thought about returning to Martinique, the place where you were born?

MM: Yes, it is a dream that I have, to go back to live there someday. I come from a French family that came to the Caribbean back in the year 1630 as colonizers, and my mother is from Trinidad y Tobago, that was an English colony, and she also comes from a French family that arrived in Trinidad in the year 1790 during the French Revolution; her family fled the country at the time, since they were anti revolutionary. So, as you see, I have a French origin, but I have strong ties to the Caribbean and the Americas.

I have relatives in several countries such as Venezuela, Argentina and even in Australia; my sister and her husband have lived in many different countries, including Japan for several years, so they speak Japanese and other languages; and then my brother lives in Florida where he owns a business. I have an “international” family.

TYT: Talking about the exhibition, how many different techniques are you displaying here?

MM: Three different techniques: wash, acrylic and oil. I used to despise acrylic a few years back, but then I realized that this particular technique has great advantages and benefits from an artist point of view.

One day a friend of mine invited me to exhibit my work, and I had a very short time to finish some paintings, so I bought acrylic paint, and finished the paintings in one day, and therefore, I learned the benefits of this material and have worked with acrylic regularly ever since. 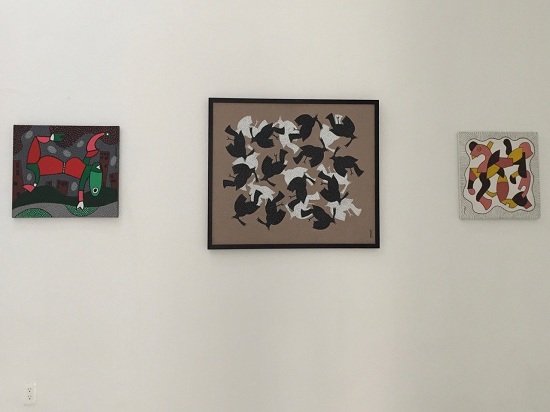 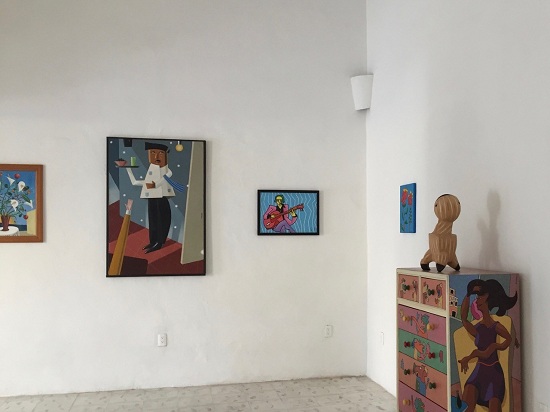 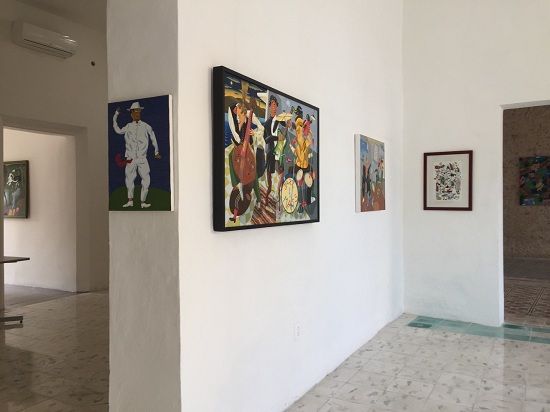 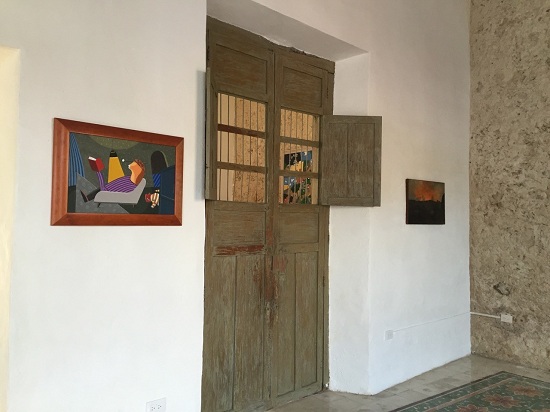 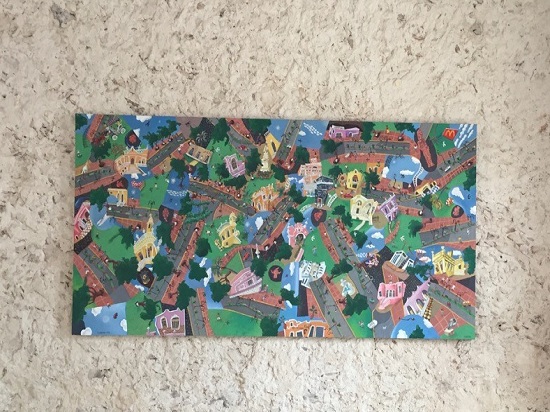 TYT: How do you choose the topics or subjects for your work?

MM: I paint everyday life stuff, but I also paint imaginery and fantastic things. Sometimes people ask me for specific topics that could be related to their own life or their own experiences, and so I paint what they request using my own imagination and my own style of artistic expression.

I also use a way of expression that we can consider very “graphic” in an artistic context.

TYT: We see some sculptures here… Are you an sculptor as well?

MM: Yes, I had a phase as a sculptor a few years back, but I decided to retire from that artistic activity and I don’t sculpt anymore.

All artists evolve and change, some for good, some for bad… in my case I think it has been for good… some of us find something way more interestng in innovative forms of artistic expression.

TYT: Please tell us about the guided tours that you are going to host here at La Cupula this coming Thursday, March 3rd.

MM: Oh yes, I am going to conduct three different guided tours one in Spanish, one in English and one more in French, this coming Thursday, March 3rd, at 7, 8 and 9 pm respectively.

Interview by Alejandro Azcarate for TYT