Growing feral cat problem in Mérida… What is the government doing about it?

Is there a way to manage the seemingly ever-growing and roaming outdoor cat population in the city of Merida?

Consider that out of the 106 municipalities in the state of Yucatán, only four have canine and feline Control Centers: Merida, Tizimin, Uman and Valladolid. According to the state Health Ministry, in Yucatan there is overpopulation of stray dogs, estimated in a report issued in February 2016, to number more than 50,000. But authorities don’t say anything about cats, they don’t even report any stats regarding felines.

Left totally uncontrolled, stray cats in Mérida breed unceasingly and have developed into large feral colonies. These animals can carry diseases and parasites, kill birds vital for keeping down destructive insect populations, pose a threat to small native mammals and reptiles, and even chase away other pet cats when these venture outside the house.

Outdoor cats have established their own territories that likely include people’s properties (patios, gardens and roofs).

Stray cats frequent locations where food is easily accessible or provided for them directly. Over time, more and more cats begin to show up where people throw out their garbage.

At night, you can see large groups of stray cats hanging around everywhere in the city; these animals often fight each other for food, and they are most likely to spread diseases among themselves.

Stray cats do not possess a home because they had escaped from their original place of living, were abandoned or they just simply were born out on the streets and have never lived with a human being. Obviously, these cats have never been vaccinated and due to this fact it becomes easier for them to catch diseases like feline leukemia, feline HIV and rabies.

The prevalent problem that is caused by stray cats is their breeding capability rate. According to wildlifeanimalcontrol.com, within 7 years time, one breeding duo, that can reproduce 2 times a year, is capable of having nearly 420 litters. Evidently, all these cats don’t live, however the colonies keep on growing. Since resources and food become hard to get hold of, most of the stray cats die excruciating deaths from starvation or diseases and many are also run down by motor vehicles. 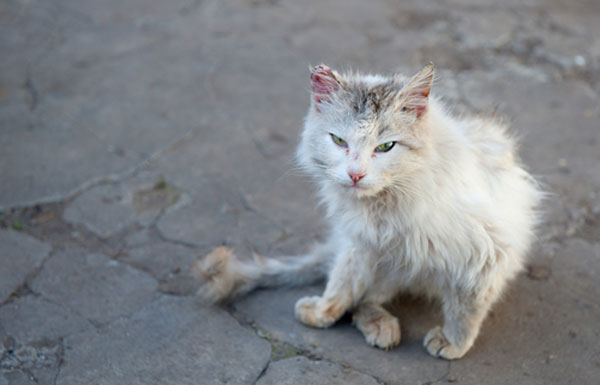 What is being done in other parts of Mexico?

The Puro Gato association, which is currently in the process of becoming a civil association in Puerto Vallarta, Jalisco, Mexico, has officially requested the creation of a cat sanctuary at a place known as the Cuale Island. The request was made to City Council  of Puerto Vallarta for general affairs.

As part of the proposal, the organization would facilitate art programs for the local cultural center (the cat sanctuary will be located nearby this center), and deal with the excrement of the animals.

According to reports, the excrement of the animals was the biggest concern of Vallarta’s mayor Arturo Peña Dávalos.

The proposal has been held until the organization consolidates as a civil association to resume the project.

The city has an interest in finding a solution to the issue as it looks to revitalize the Cuale Island in the coming years. A partnership between the city and Puro Gato could save the city controversy on how they would deal with the cats on the island.

Currently the Puro Gato feeds and cares for the cats on the island, including neutering and adoption programs.

The organization explains that many cats are dumped on the island by owners and in the past it’s suspected that many have been poisoned to control the population. 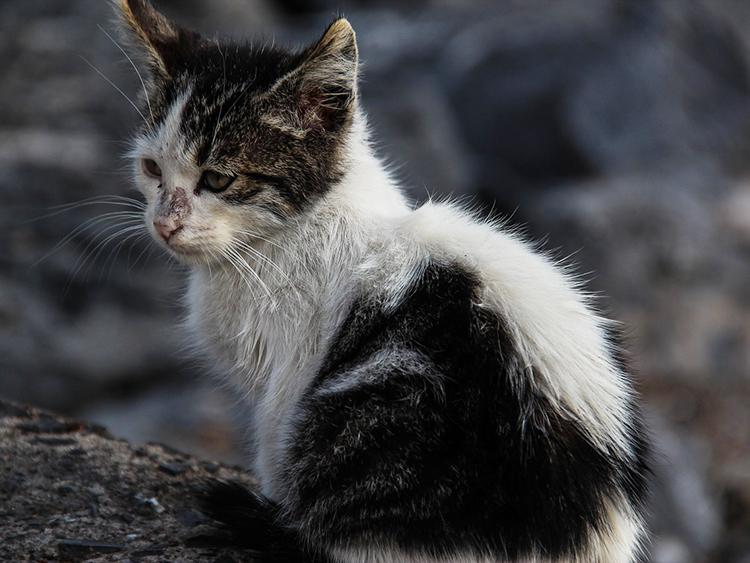 What is being done in other countries?

In Australia for example,  feral cats are massive. Natural selection pressures are driving up the size of the animals with each generation. They’re nothing like the little fluff balls people keep as pets.

These feral cats, descendants of domestic cats brought by European settlers, have evolved into fierce predators far bigger than the average house pet, and they devour an estimated 75 million native animals every day.

These felines are responsible for a real animal genocide, having totally wiped out about 28 native Australian species — including the desert bandicoot, the lesser bilby and the crescent nailtail wallaby.

In October 2015, the Australian government announced their plan to termintate as much as two million stray cats.