Marco A. Almazan is a Yucatecan enterpreneur, and he is the president and founder of Scorpio Enterprises LLC, a company that conducts international business around the world through its several divisions.

Mr. Almazan, who has brought several groups of U.S. investors to Yucatan recently to explore business opportunities, attended an event at the White House in Washington D.C, on Wednesday February 10th, 2016. Forty-five USA based companies participated in this event.

The participants invited were CEOs of foreign trade and international business companies in the United States.

The event focused mainly on the following topics:

1.-) TPP (Trans Pacific Partnership). Pros and cons of free trade agreements between the US and Asian countries.

These free trade agreements have not yet been approved and are currently being discussed in the U.S. Congress.

The participants were invited to express their opinion about the approval of such agreements and to provide ideas that are beneficial to activate the economy, create jobs and reduce tariffs and fees.

2.-) President Barack Obama’s Trade Agenda. Participants were asked how they see the way in which the President and his administration are handling international commercial policy. 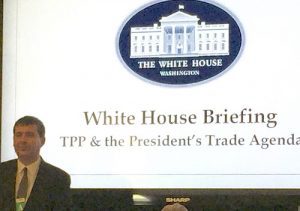 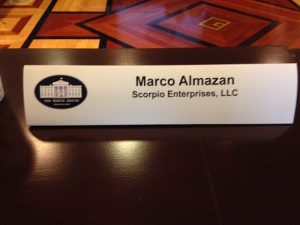 Again, the participants were questioned about their thoughts and ideas on options to boost the economy, create jobs and improve the international environment.

Officials who participated in the panel included:

– Jeffrey Zients, Assistant to the President for Economic Policy & Director of the National Economic Council.

– Jason Miller, Deputy Assistant to the President and Deputy Director of the National Economic Council.

By Alejandro Azcárate for TYT