Want to fight cancer? Talk to the animals…

Cancer victims have new weapons in their battle against the deadly disease, but they don’t come in the form of pills. Instead, as members of Congress learned Wednesday Feb. 24, they increasingly come in the form of four legs and a wagging tail….or even trunk.

Scientists traveled to Capitol Hill on Wednesday to reveal breakthroughs and discoveries about the healing benefits animals can have for cancer patients. The event was the latest in a special series of briefings by the Congressional Humane Bond Caucus on important advances and policy developments on how, with our help, people and animals can improve each other’s lives.

Consider the pioneering three-stage Canines and Childhood Cancer (CCC) Study, launched by American Humane Association to rigorously measure the well-being effects of animal-assisted therapy on children with cancer, their parents or guardians, and the therapy dogs who visit them. Prior to this first-of-its-kind effort, there was no hard data linking therapy dogs to positive effects on cancer, though the anecdotal evidence was sizable.

The CCC study is ongoing, with clinical trials taking place at five hospitals across the country. So far, we’ve seen a host of positive physiological and psychological benefits for both patients and their families.

But dogs aren’t alone on the front line in the war on cancer. The development of new drugs and the study of other animal genes are also offering new insights into disease prevention and treatment. For instance, scientists working with elephants at Ringling Bros and Barnum & Bailey’s Center for Elephant Conservation recently found a promising new avenue in the effort to win the battle on cancer.

Elephants have many times more cells in their bodies than humans, yet elephants have a much lower rate of cancer. This happens because elephants have about 20 times more copies of a particular cancer-killing gene. Now, scientists are in the process of taking what they learned from this discovery in elephants and using nanotechnology to create cancer-fighting and preventative drugs.

During his State of the Union speech last month, President Obama pledged a “new national effort” to find a cure for cancer. Obama compared the commitment to fighting cancer to President Kennedy’s promise to put Americans on the moon more than fifty years ago. A “moon shot,” as Obama put it, is exactly what we need to stamp out cancer once and for all. Coupled with the bipartisan effort in Congress to put more funding into cancer research, that goal just may be attainable.

Rep. Gus Bilirakis (R-Fla.) and Rep. Henry Cuellar (D-Texas), who launched the Congressional Humane Bond Caucus, have been working with their colleagues on both sides of the aisle to secure an increase in funding at the National Institutes of Health to help find cures and treatments for diseases, such as cancer. Both the private sector, through a coalition of biotech companies, doctors and researchers referred to as Cancer Moonshot 2020, and government officials are setting aggressive goals for the battle against cancer.

The toll cancer takes on families is heartbreaking. But hope is alive and well, and it comes from both our friends in the animal kingdom and those in the halls of Congress. For more than 1.5 million Americans diagnosed with cancer each year, and for the 40,000 U.S. children now in treatment for the deadly disease, some of the best medicine might come, as Dr. Doolittle said, from talking to the animals—and learning from them. 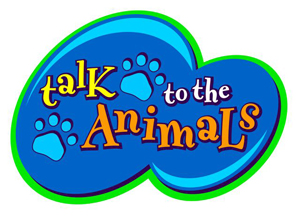 By Robin Ganzert, Ph.D. for thehill.com

Ganzert is president and CEO of American Humane Association.