The Río Grande’s water does not belong to Mexico anymore

According to Valley Morning Star, Harlingen, Texas based newspaper, Mexico has finally paid down its Rio Grande water debt to the United States, the U.S. Section of the International Boundary and Water Commission announced Wednesday Feb. 24.

Debt had accumulated over the course of a five-year water-delivery cycle that ended in late October, according to IBWC United States-Mexico. Since then, Mexico has delivered enough water to erase the shortfall, making the final delivery on Jan. 25, said the agency.

IBWC is responsible for applying boundary and water treaties between the United States and Mexico and settling differences that come up related to the treaties.

A 1944 water treaty between the two countries entitles the United States to a third (at least 1.75 million acre-feet) of the water flowing down the Rio Grande from six Mexican tributaries over five years. One acre-foot is the amount of water it takes to cover one acre one foot deep. 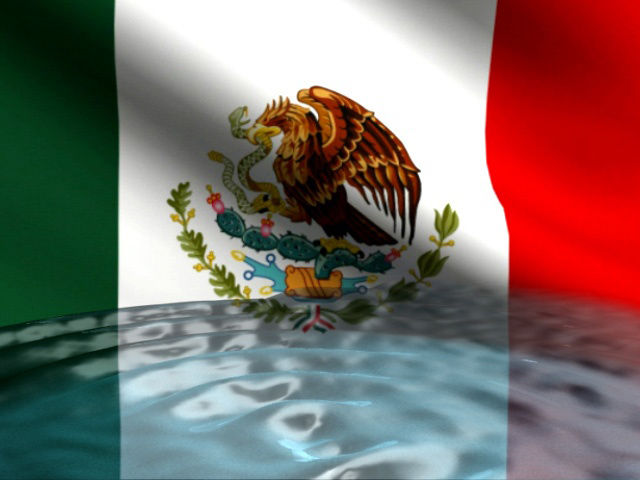 The 2010-2015 cycle ended with Mexico still owing 263,250 acre-feet, and the treaty stipulates that any remaining debt be paid within the subsequent five-year cycle.

Mexico settled its account with water from its tributaries and by transferring water from the Amistad and Falcon reservoirs, which straddle the border, from Mexican to U.S. ownership, according to IBWC Foreign Affairs Officer Sally Spener.

“We definitely saw an interest from our Mexican counterparts in trying to respond in a timely fashion,” she said.

IBWC had the backing of the U.S. State Department and the Department of the Interior in negotiations with Mexico, Spener said.

“We worked as a team with our (Mexican) counterparts,” she said. “We had technical meetings and we had policy meetings. The water is Texas’ water ultimately. We’ve had a good partnership with the state of Texas in addressing this issue with Mexico.”

“It’s certainly our hope with the cooperation that currently exists between the United States and Mexico that we’ll be better positioned to address our water needs in the future,” she said.

U.S. IBWC Commissioner Edward Drusina said in a statement that “this success exemplifies the cooperation that now exists between the United States and Mexico to address the water needs of both countries.”

“Water debts may at sometimes be unavoidable, but all water owners along our common border need to have annual notifications of how much water they can expect to receive the next year in order to plan accordingly,” he said.

Spener called it “really great news for water users in the Valley as well as some municipalities.”

Beyond trying to ensure that Mexico pays future water debts in a timely manner, IBWC’s goal is to keep debts from accumulating in the first place, she said.

“We want to try to be very proactive in working with Mexico and planning how deliveries can be made, and water-delivery cycles, and try to minimize the possibility of debt being incurred,” Spener said.