There’s a certain bustling that can be heard as you approach Mérida’s centro. People from all over the world moving about, taking in the beautiful architecture and local artisans. Just to the southeast the mercados hum along all throughout the day. Bananas, mangos and papayas paint a vibrant picture for the eyes to marvel at. Suddenly a strong breeze blows and several plastic bags float into the air at eye level. People continue to move about unfazed, but one group takes notice, set on eliminating the bags’ presence.

Directed by Claudia Chapas Cortés, Saca tu Sabucán Yucatán is a grassroots organization and citizen’s initiative that has set out to eliminate the use of plastic bags not just in Mérida, but the entire Yucatan Peninsula and eventually the country as a whole. Founded in April 2015, the organization has made great strides in the first ten months of initiative.

“It’s very evident that the whole world is preoccupied with the environment, and I was no different,” Cortés said.

“So I put together a Facebook page and started to post photos of me with my sabucán (a reusable cloth shopping bag) in and around Mérida and other useful information in my free time. Then two other local groups reached out to me casually, Mérida Verde and Parque Aak, and they were interested in collaborating with me.”

While Cortés is featured on the page in photos and other promotional materials, no one person is listed as the founder or director of the organization. Messages began to come in from organizations such as Mérida Verde and Parque Aak with inquiries about collaborating. After a few messages back and forth, Cortés was pleasantly surprised to find out she was conversing with old friends.

“What’s funny is that on the Facebook page my name is not listed, and when these groups reached out to me, their leaders were people that I had been friends with and developed relationships with over time,” Cortés said.

And so the friendships persisted with the common goal of improving the environment. Plastic bag use has a laundry list of negative consequences that affect ocean life, marine animals and general resources. Marine animals have been greatly affected by the appearance of plastic bags as food, which has the potential to kill them from choking. In addition, if swallowed fully, these bags can prevent digestion and cause these animals to die a slow death.

Marine ecosystems have also been severely damaged as a result of plastic bag use. A vortex of toxic marine litter floating in the northern part of the Pacific Ocean has the potential to eliminate entire ecosystems. Additionally, plastic bags take hundreds of years to break down in landfills, but are only used for a short period of time. The benefits would be overwhelmingly positive for our natural resources and everyday life if plastic bags were entirely eliminated.

“Many people just don’t know about the harm of plastic bags on the environment, they’re not bad people, it’s just ignorance and a lack of awareness,” Cortés said.

To thwart that ignorance and lack of consciousness, Saca tu Sabucán Yucatán partnered up with Mérida Verde and Parque Aak and took to the streets for World Environment Day on June 5 of last year to try and spread the word. With only two months to get their efforts organized, the groups were able to find a small bit of funding to purchase 200 sabucánes to pass out to people at the market.

“We went to the Mercado Fresco de Slow Food, a very sustainable and eco-friendly farmers market here in Mérida. The market is filled with locals and foreigners, but it’s a farmers market so these people are generally a bit more aware and conscious of the environment. We gave out sabucánes to help spread our message and raise awareness. It was really cool for our first event, and the local newspaper even put a story together about our efforts,” Cortés said.

High off of the excitement and motivation that came from World Environment Day, Cortés was introduced to a friend of a friend living on the eastern coast of the Yucatan near Tulum who had started another eco-friendly initiative.

The idea of an ‘eco ladrillo’ is to fill a plastic bottle with tiny plastic bags, candy wrappers, and other small plastics to prevent them from making their way back into the environment. Cortés saw a perfect opportunity to incorporate these eco ladrillos with her campaign to make Mérida more environmentally friendly.

“The idea of the eco ladrillos is to give people an idea of how much garbage they create with plastic bags, candy wrappers, tiny plastic bags, etc., and how beneficial it would be to eliminate all of this,” Cortés said.

“And not only that, but we wanted people to recognize that this was only for one individual or one family, we wanted to give them some perspective on how many plastic bags are being used by everyone living in Mérida,” Cortés said.

Cortés’ efforts have resonated within the community as the organization has made great strides as they approach their first year of being organized. A handful of local restaurants and establishments have also reached out to Cortés with the hopes of working on some sort of collaboration. El Cardenal Cantina was one of the first that made contact with the group.

“El Cardenal Cantina reached out to us and told us how people were coming in with their sabucánes and could perfectly fit three caguamas in them. So they started a little promotion that said, ‘If you come for your beers, bring your sabucán.’ It was great to have another establishment involved in the initiative,” Cortés said.

With the condition of the environment deteriorating and the effects becoming more and more evident, people are beginning to seek a better understanding and awareness of what they can do to help the issue. Although it hasn’t quite been a full year yet, Saca tu Sabucán Yucatán has certainly made a dent in the consciousness of the people of Mérida. And Cortés is excited about the future.

“I see us achieving our goal here in Mérida one day in the future. I won’t lie, at the beginning I felt a little hopeless, but the community response has been so empowering and uplifting. After 10 months more than 3,000 people have come across our page and liked it. I have people constantly interacting with me all over the world, things have a really positive outlook.” 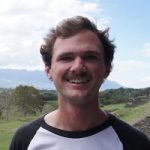 — Parker Asmann is a Chicago based journalist and a 2015 graduate of DePaul University with degrees in Journalism and Spanish, along with a minor in Latin American & Latino Studies. He is currently an Editorial Board Member for a bilingual Chicago based publication, El BeiSMan, where he focuses on issues of social justice and human rights.