Mexico a good place for expats with professional credentials

Forbes.com contributor Nathaniel Parish writes that over the last few years Mexico has emerged as a major hub of in-migration for professionals from the U.S., the U.K., Spain, India, and China.

According to HSBC’s 2015 Expat Survey, Mexico is the best place in Latin America for expat professionals looking to live abroad. Overall Mexico ranks 19th in the survey, well ahead of Argentina (35th) and Brazil (39th). Mexico is only three spots behind the U.S. (16th overall) in HSBC’s ranking. Mexico scores particularly well in the “Experience” category (9th overall) with top marks for culture and ease of integration. Overall Mexico ties for second place for ease of making friends. Nearly four in five survey respondents say they enjoy socializing with locals and 82% of respondents report enjoying cooking and eating Mexican cuisine. 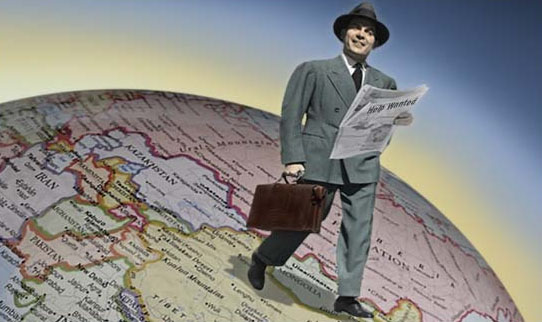 In a recent article I explained:

Unlike Brazil, Colombia, Argentina, Peru, and Colombia, countries that are heavily dependent on natural resource exports and have been gut-punched by the economic turmoil in China and the fall in commodity prices, Mexico has a strong manufacturing sector and has been able to keep its economy chugging along during a difficult economic environment. Within Mexico there may be growing frustration over [President] Peña Nieto’s struggles to deliver brisk economic growth, but from a regional perspective, Mexico is doing quite well. In 2016 Brazil is expected to limp out of 2015’s recession and tally an anemic 0.3% growth rate. Mexico, by contrast, should see its economy expand [more briskly] in 2016.

But as companies such as Boeing and Ford continue to build up their presence in Mexico and Spanish companies such as Telefonica and Iberdrola continue to invest, the number of expats living in Mexico looks like it will continue to grow. At the park near where I live on weekends I sometimes see basketball-playing Venezuelans and Dominicans sharing the court with cricket-playing Indians who work at HSBC. Awhile back I met up with a Spanish expat named Javier Rodriguez who found a job working for Spanish telecom giant Telefonica in Mexico City.

“In la Roma and Condesa, [a pair of trendy neighborhoods in Mexico City] there are a ton of Spaniards,” he told me.

“Mexico has more poverty and inequality, but it’s continuing to grow,” Rodriguez explained.