By Yucatan Times on February 25, 2016
The Great Park of La Plancha Civil Association, with support from cycling group Cicloturixes, is sponsoring a Bike Ride for La Plancha on Wednesday Feb. 24 starting at 8 p.m.
The goal is to unite citizens behind the creation of a public park in the 23 hectareas that compose the former railway station of the city of Merida.
This citizen initiative has been promoted for more than two years by neighborhood groups that have formed the Great Park of La Plancha Civil Association, a politically-unaffiliated  organization aiming to create a world-class park in Merida’s historic center.
The riders will proceed to Articulo 123 Park (calle 43 between 46 y 48 del Centro), arriving at about 9:40 pm. They will participate in a brief gathering and dialogue about this project.
For more information:
www.facebook.com/granparquelaplancha 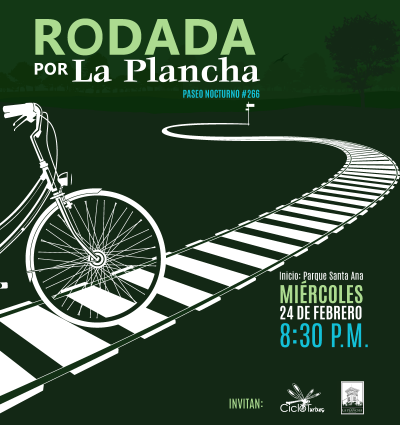