According to The Daily Mail, El Chapo’s narcissism appears to have been his downfall after he began the process of making a biopic, similar to that of Netflix’s popular Narcos show on the life of infamous Colombian drug lord Pablo Escobar, following his escape from the Altiplano jail last July.

El Chapo, had even started to contact producers and actresses through intermediaries to tell his ‘rags to riches’ story, which was what finally helped police track him down. The names of the stars he approached have not yet been confirmed though.

He was arrested on Friday January 8th after a 4am raid on a house in the town of Los Mochis, located in the kingpin’s home state of Sinaloa, which saw him once again escape from the clutches of police.

The cartel leader and an accomplice fled from agents through a filthy sewer, before emerging into the street where they stole a car and took off. But authorities were able to catch up with them and the cartel leader was brought back to a nearby hotel while police waited for back up, Mexico’s attorney general Arely Gómez said on a televised speech.

Guzman returns to jail he escaped from

Despite tunneling out in July, Mexican marines returned the criminal to the Altiplano maximum security jail – the same prison he escaped  6 months back – considered to be the most secure prison in the entire country. Until El Chapo, no-one had ever successfully escaped from the facility.

Washington, which requested his extradition last June before his escape from jail, is almost certain to seek extradition since his recapture. The drug lord faces at least seven indictments in the United States.

Many Mexicans agree that perhaps the only way to keep Joaquin “El Chapo” Guzman from escaping prison again is to ship him to the United States asap.

U.S. authorities have made that argument before — the last time Guzman was arrested, in 2014. Mexico resisted, declaring it a matter of national sovereignty and brushing aside concerns that he’d already escaped from prison previously, in 2001.

The world knows what happened next: Guzman made a mockery of his captors, with associates tunneling him out of a maximum security prison in an intricately planned operation that raised suspicions of government complicity.

Jimmy Gurule, a former drug prosecutor for the U.S. Attorney’s office in Los Angeles who now teaches international criminal law at the University of Notre Dame, predicted that Peña Nieto would continue to resist pressure to extradite Guzman.

It’s not just a question of national sovereignty, Gurule said. There’s also the possibility that Guzman, who is notorious for bribing government officials, could divulge information about corruption in Mexico, he said.

“From a more cynical view, I think that Mexican government officials might be concerned that if El Chapo was extradited … if there’s any chance he’ll see the light of day or that the conditions of his imprisonment be somewhat softened, that would require cooperation on his part,” Gurule said.

“I think there’s no question he has very valuable first-hand information regarding government corruption, and if that information was disclosed it would be embarrassing to the Mexican government,” Gurule said.

If Peña Nieto decided to give up Guzman, it would raise serious security concerns in the United States and set off a scramble among the many federal prosecutors who want first crack at him.

There is precedent, however. Alleged Mexico drug lord Edgar “La Barbie” Valdez, former head of the Beltran Leyva cartel, was extradited to the United States in October.

Another, Osiel Cardenas Guillen, the former head of the Gulf cartel, was captured in 2003 and extradited to the U.S. four years later. 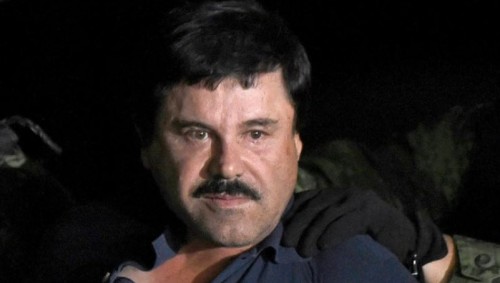 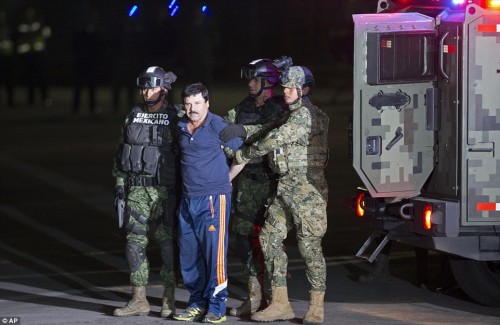 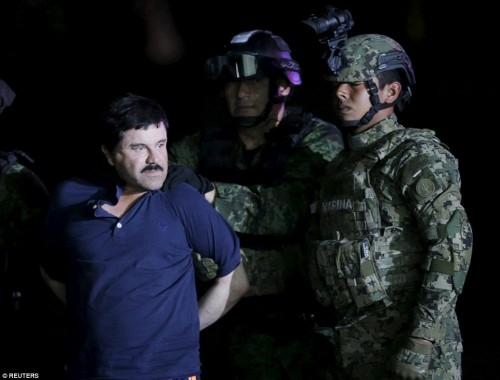 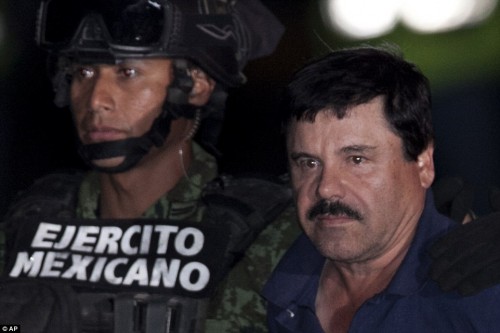 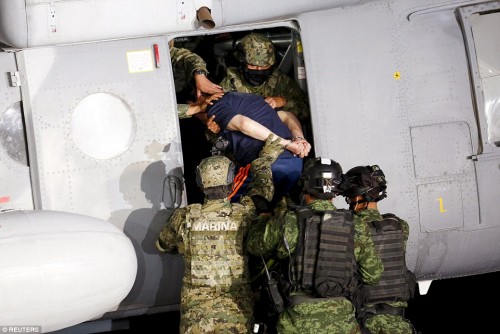