U.S. dollar surges above 18 pesos for first time ever

MEXICO CITY — The U.S. dollar continues its heady climb as the exchange rate broke a record again and the dollar traded for the first time ever above 18 pesos per dollar.

According to Notimex, the dollar sold at 18.10 pesos at exchange houses at the International Airport of Mexico City on Wednesday Jan. 6. 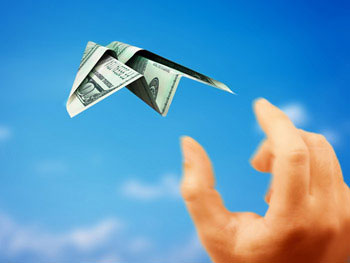 In exchange offices located at the airport in the capital, the U.S. dollar recorded an average price of 18.06 pesos for sale and 16.94 pesos for purchase.

The dollar is offered at up to 18.10 pesos and takes a minimum of 16.90 pesos at the “Benito Juárez” Mexico City International Airport (AICM).

In airport exchange centers, the euro was sold at a higher price of 19.84 pesos and bought at a lower cost of 18.15 pesos.

The peso has been affected by low oil prices, concerns about the health of the Chinese economy and speculation that the Chinese government will devalue its currency.

“Also, the recent conflict between Iran and Saudi Arabia, along with an alleged nuclear test in North Korea have increased demand for refuge assets,” said Gabriella Siller of Banco Base to Excelsior newspaper.