TYT Exclusive: Merida’s LA 68 Cultural Center is up for sale

LA 68, Casa de Cultura Elena Poniatowska, announced its end of activities on December 16th, 2015. Inspired by the free will and conviction to enrich the thinking of the audience, this space has been a place of film screenings for the work of important contemporary directors, such as Alejandro Gonzalez Iñarritu, Jorge Bolado, Fernando Eimbcke, Amat Escalante and Jose Alvarez, among many others.

Many people in Merida believe that LA 68 is a unique place that should not close its doors and should continue operating with the same concept, preserving an important cultural center that has achieved a strong positioning in this city throughout the years. For these reasons, LA 68 is now being offered for sale.

LA 68 was founded by Paula Haro and Lorenzo Hagerman. Haro is the daughter of writer Elena Poniatowska, winner of the Premio Cervantes, the greatest existing Spanish language literature award for an author’s lifetime works. Hagerman is an Emmy Award-winning cinematographer and film director.

The idea was to create a cultural center in the heart of Merida that promotes, spreads and rescues culture in its various forms. One of its most important strategies was to encourage the creation of opportunities for exchange, experience and knowledge. The space was conceived as an opportunity for people to give or receive what they have or can do.

In 2007 Elena Poniatowska and Paula Haro bought an old house on Calle 68 in downtown Merida with the idea of creating a space to promote and disseminate culture.

In the summer of that year, LA 68 opened the “Object-Shop” concept, where artists, designers and craftsmen from the region could offer their products under the principles of fair trade.

The project was aimed to become a platform where specialists and professionals from different disciplines could have a space to convey knowledge, share experiences and in some cases, showcase and sell their products. 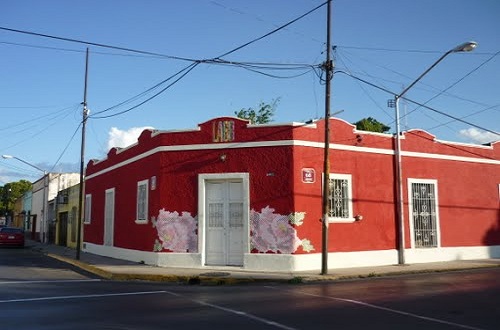 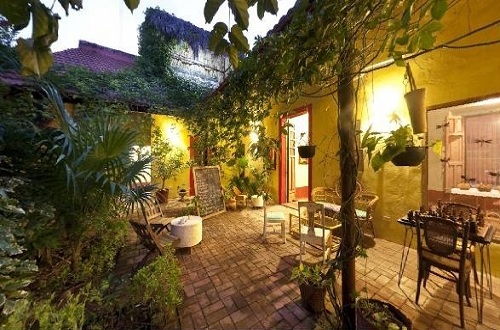 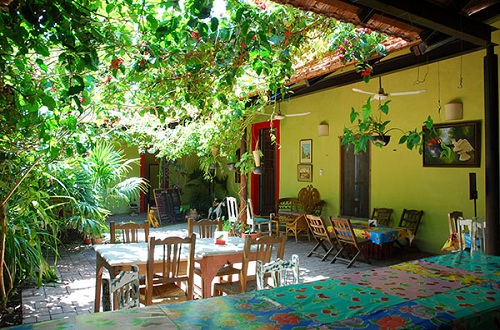 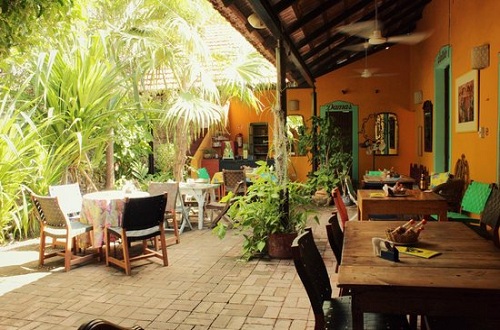 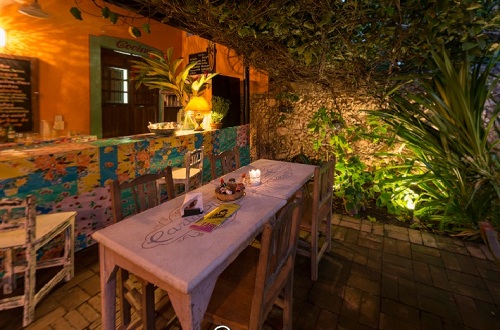 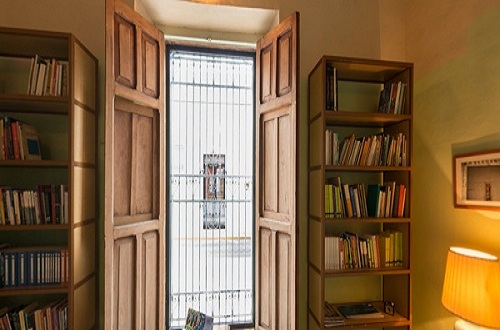 In early 2008, LA 68 opened a restaurant to complement the cultural activities that were taking place, with the purpose of covering general operating and maintenance costs. And in the same spirit, it began operation of an experiment that would transform the history of the place:

On April 11, 2008 “The Outodoor Cinema Theater” was inaugurated, with the screening of BLACK BULL (Toro Negro) and the presence of its director Pedro González Rubio. (This documentary follows a young Mayan man, “El Negro,” in a small town where he’s trying to make a living off bullfighting). That way, LA 68 officially became the first screen in Mexico exclusively dedicated to the projection and dissemination of documentary cinema.

Today, it has more than 130 documentaries in its permanent collection, including some of the most significant national and international productions in this genre. LA 68 collaborated with IMCINE, CINETECA and several national festivals providing a unique type of forum for the documentary genre in Merida and all of Mexico. 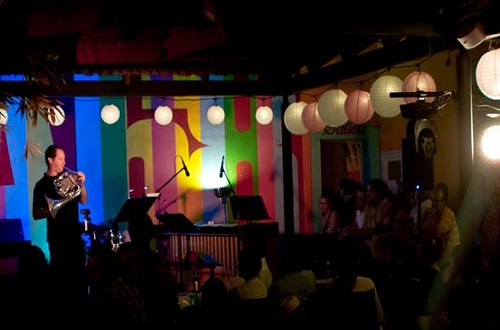 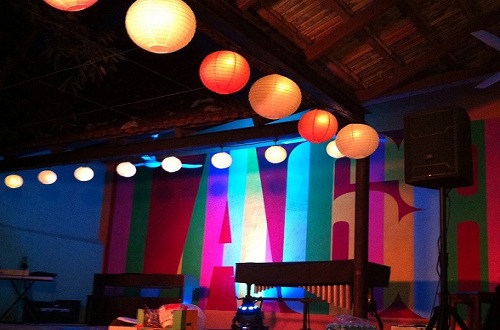 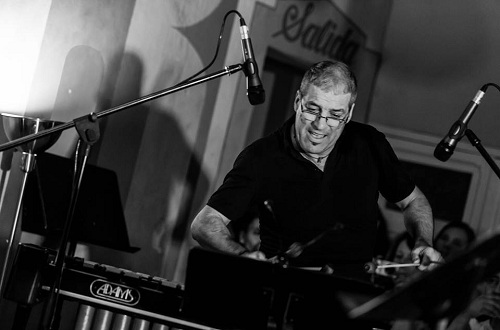 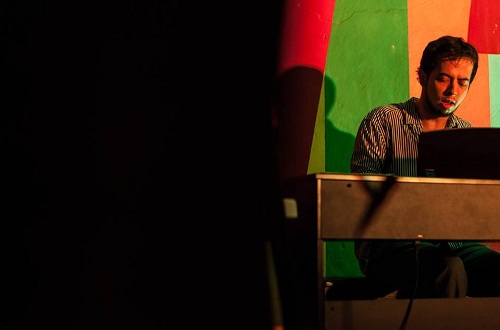 LA 68: A concept that encompasses 5 areas:

THE SHOP:
LA 68 Shop provides a showcase for artists, artisans and independent producers who lack the means of marketing. With the experience gained in Izamal, Paula and other artisans developed a series of products that can be sold not only to tourists but also to the local community. The shop features arts & crafts from Yucatán and several parts of Mexico. Paula has established contact with other regions and therefore the shop has become an alternative sales channel for projects such as the carpentry workshop in CESDER the Sierra Norte de Puebla or pieces from Mexico City’s “La Ciudadela“.

CINEMA:
LA 68 is the only venue of its kind in the Yucatan Peninsula and one of the few in the country that offers permanent projections of contemporary documentary cinema every Thursday, Friday and Saturday. This series is based on the philosophy that a country without documentaries is like a family without a photo album, that is, without memory.

This project has two main objectives:
1.-) Make documentary cinema available to the people, showing films that despite being recognized in other parts of the world, are practically inaccessible to the public in Mexico.

2.-) Become an alternative source of income for independent producers and filmmakers so they can obtain a bigger profit, higher in proportion to that offered by commercial movie theaters. Therefore, LA 68 offers filmmakers:

OUTDOOR THEATER:
LA 68 features a small stage where jazz groups and young musicians have made feature presentations. The space holds up to 250 people. The idea is to provide a space where young people can express their art, present their proposals and keep a percentage of the box office.

RESTAURANT & BAR:
LA 68 offers food and drink service during any of their activities, all homemade, selection, fresh and delicious. 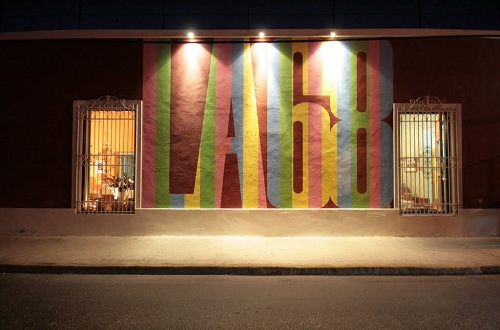 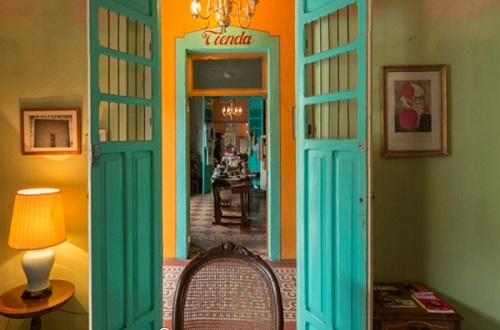 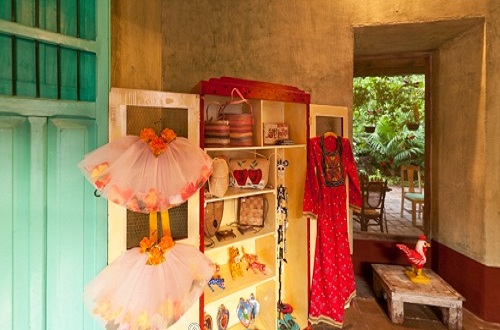 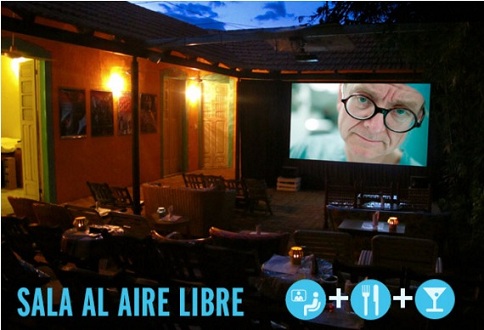 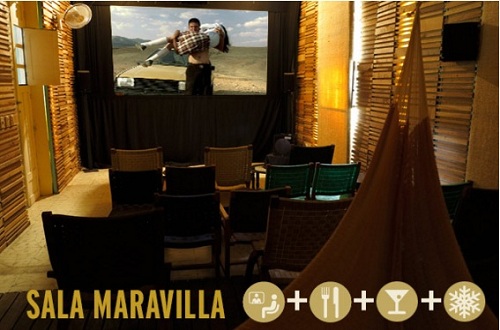 FOR SALE BY OWNER

The offering for sale of LA 68 provides an opportunity for local (or foreign) investors to acquire a well positioned and recognized “one of a kind” cultural center, and take it to a higher (and more profitable) level.

A strong Social Media strategy has been implemented to promote LA 68. Their website http://www.la68.com/ is quite interactive, user friendly and visually attractive; they currently have 15,000 LIKES on their Facebook page and more than 5,500 followers on twitter.