Merida is a community in transition. Once a peaceful small city, it is now evolving into a metropolitan area of ​​more than 1 million inhabitants, with the dynamics and problems of large metropolis.

Obviously, there are things we cannot handle the same way we’ve always done. Specifically, let’s talk about the issue of waste handling.

The garbage collection service today is totally insufficient; the ability to provide this service efficiently seems to be operating at minimum capacity.

There is no big problem as long as the demand does not exceed the normal rate. But as this happens during Christmas and New Year’s, then, it becomes an unmanageable burden.

As every year, the trash pick up service is suspended on December 25 and January 1; the problem is that we are already five days into the new year, and the service has not been provided to thousands of citizens.

Garbage continues to accumulate;  inside and outside of households. Just take a walk around town and you will see it all over the place.

It is true; all workers are entitled to rest. They are human beings. But it is not efficient and much less desirable to completely paralyze a vital social service such as solid waste (garbage) collection.

In other cities (or countries), this kind of service is properly scheduled and programmed in order to be provided efficiently, without this being stopped. But down here, nearly 5 days go by, and the service continues to lag.

The city hall must break paradigms. Establish a new system and procedure of garbage collection. And one thing is very clear: there are things that cannot continue to be done as usual. Impossible.

For the sake of Mérida and its people. 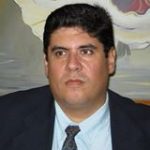