New voice-activated translation device to hit the market this summer

Google Translate has become lately a useful tool for many travelers around the world, but the problem sometimes is that it requires an internet connection.

And if you’ve ever asked someone to translate from their language to English, you know how wildly nonsensical the verbiage can be. 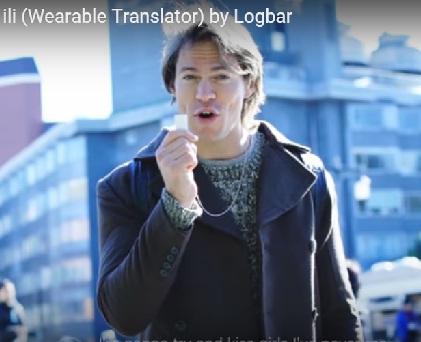 Luckily, that’s exactly what the Ili—just recently launched on Monday January 4th, at CES 2016—claims to do.

It’s a wearable translator that repeats phrases back to you in the language of your choosing—currently, either English, Chinese, or Japanese.

It works like any other digital translator, except for the fact that it’s voice-activated and doesn’t require an internet connection.