New book offers chance to “take a ride” with conquistadors

If all you know about the conquistadors is what you learned in school, or if you’re the type who finds an excursion into their times irresistible, then a new book entitled Conquistador Voices (Spruce Tree Press, Oct. 2015) may be for you.

In this two-volume set written for the general reader, author Kevin H. Siepel takes you on the expeditions of five European explorers or conquistadors, using—to a greater extent than usual in historical works—the writings of the expedition participants themselves, allowing them to tell their own version of events, and supplying connecting narrative in the manner of a film documentary. The book therefore reads not as a dry, standard history book, but rather as a series of cohesive, lively stories told by the men who were there.

The book recounts expeditions of Christopher Columbus, Hernán Cortés, Francisco Pizarro, Pánfilo de Narváez, Álvar Núñez Cabeza de Vaca and Hernando de Soto. The book, which claims to be a “one-stop Conquest summary for the general reader,” is notable not only for its nonstandard approach, but for the breadth of its coverage.

The author, a Spanish teacher who translated many of the original accounts himself, has resisted moralizing on these events, stating in his introduction that “value judgments have been left to the reader.”

Foreword Reviews has said of Conquistador Voices, “A nuanced view . . . . Clear and engaging with minimal biased commentary. Perfect for anyone looking for a more in-depth look at the Spanish conquistadors, and interested in them as three-dimensional and not just distant figures. . . . An interesting and wide-ranging look at a critical period in history.” Publishers Weekly has commented, “Clearly a labor of love.”

Conquistador Voices is available in paperback or e-book format through Amazon and many other online sources. It may also be ordered through any bookstore worldwide.

Siepel is also the author of Rebel: The Life and Times of John Singleton Mosby (University of Nebraska Press), the first complete biography of the Confederacy’s celebrated guerrilla commander.

The author may be contacted through the Spruce Tree Press website, www.spruce-tree-press.com, or directly at sprucetreepress@yahoo.com. 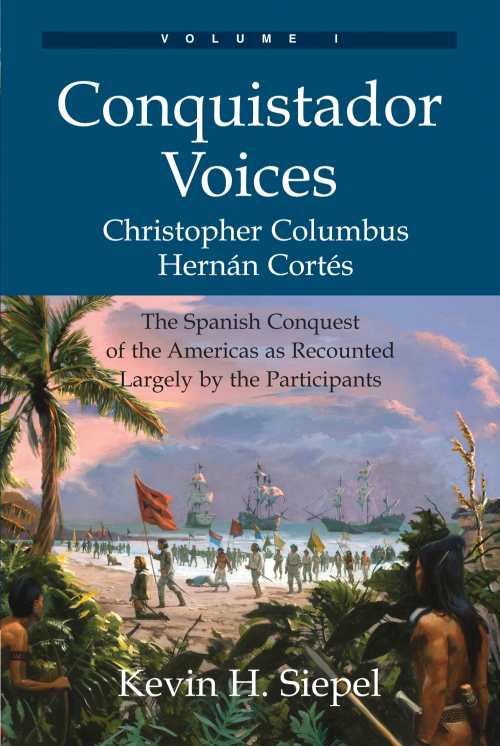