Mexico by the Numbers… a Dissection

Welcome to México, we are a country full of color, culture and tradition, with dazzling, kind people, remarkable food and drink, breathtaking landscapes and beaches, majestic nature and wildlife. We drink from the same cup of life and death, making music out of our grief and laugh in death´s face. That is perhaps why we are the number 1 touristic destination of Latin America and 10th in the world with an average of 30 million visitors a year according to the World Tourism Association (http://www2.unwto.org)

We have in the country around 120 million souls (give or take), of which 59 million (49%) are men and 61 million (51%) are women. Out of the original owners and residents of this land before the Spanish “Conquista”, Mexico currently only has 68 native tribes, who represent about 11,132,562 inhabitants according to the “National Commission for the Development of Indigenous People.”  The Maya are the original community with most memberswith 1.5 million people (so NO, the Maya people DID NOT dissapeared or vanished from earth like so many claim) and the smallest are the Ayapaneca with only 57 members.

The term “Indian” often is commonly used to designate individuals belonging to the native peoples of Mexico, but the correct term is “indigenous” and not “Indian.” This horrible derogatory term often is used as a synonym of poor and ignorant instead of Mexican native. The social meaning of the term has a historical dimension that begins precisely at the time of the discovery of America by Europeans. The fact is that it is an insult. Calling a person an “Indian” in Mexico and Latin American in general, is to designate people in the periphery of the social structure… Not to mention it can get you killed. 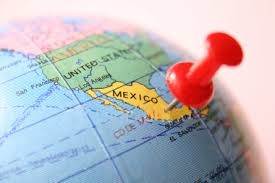 We have a surface of 1,964,375 km², making our country the 14th largest country in the world, the 5rd largest in the American Continent (Canada is the largest, The United States second, Brazil third, Argentina fourth). Our borders are: To the north, the United States (we share 3,118 km.) To the south a border of 956 km with Guatemala and 193 km with Belize. To the east the Gulf of Mexico and the Caribbean and to the west the Pacific Ocean. The Capital of the country is Mexico Distrito Federal a.k.a. DF.

In our country we love to give people from certain areas, sobriquets that some might consider pejorative, but most of us are used to it. Depending on where from Mexico we are from we are called different things: As an example, to name a few, we, from Yucatan, are called “Yucas”, people from Jalisco are often referred to as “Jalisquillos”, “Regios” if from Monterey, folks from Culiacán are “Culichis” and the people from Mexico City, normally are called “Defeños” or “chilangos.” However, Yucatecos historically do not like people from Mexico City and refer to them as “huaches,” a derogatory nickname used only in Yucatan.

A group of people, called the AMAI (http://www.amai.org) (Asociación Mexicana de Agencias de Investigación/Mexican Association of Research Agencies) conformed by marketing research companies, most of them old acquaintances to us all, such as Millward Brown, Nielsen/Ibope or Serta to name a few, decided to put a tag, establish very specific social/economical denominations to Mexicans in a… (Not knowing a better word to use I will go with…) “Kafkaesque” anthropological way. So we are socioeconomically divided by education levels and how much money we make a month, having a basic minimum wage PER DAY of $73.04 Mexican pesos ($4.30 USD) and a USD at $18.50 pesos today, January 19th 2016… So, do the math.

Having said that, these are the levels.

Is the layer of the population that contains the highest standard of living and income. They either own their own business or occupy an executive position in a major company. If so, they have an income (alone or per household) of $85,000 Mexican pesos and above (Calculating at $17.00 pesos per USD / $5,000+ USD a month). This is the Mexican “Well off” level and 2% of the total population belongs to it. Everyone who has something for sale in our country LOVES THEM!!! However, they do not love them back since 85% of their purchases take place in the U.S. where they travel at least once every other month for “shopping”.

Is the Mexican “lower class” with an alone or family income of $2,700 to $6,799 Mexican pesos ($158 to $399 USD a month) with 22% of the total population. Everyone who has something for sale in our country PUTS UP WITH THEM, but they are not very well liked, since according to the marketing gurus not much is to gain from this market segment.

E – With an income of $0,000 to $2,699 Mexican pesos ($0.00 to $158 USD a month) this is the Mexican “extreme poverty” level… this means people who do not know how to read nor write, constant victims of the racial discrimination before explained. The government and politicians LOVE THEM!!! Since they are amongst those whose vote is for sale (from $200 to $500 pesos in the past election, which is give or take with an exchange rate of $17.00 pesos per USD $11.76 to $29.41) they also make them attend to all their political rallies in exchange of a t-shirt of the candidate’s face of course, some soda and a ham sandwich. Everyone who has something for sale in this country is ABSOLUTELY INDIFERENT ABOUT THEM. 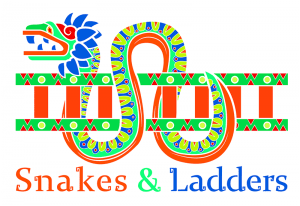 Snakes and Ladders is a column by José E. Urioste, The Yucatan Times CEO and a Business Intelligence professional in the area of ​​Research and Development. He began his training process in mass media writing scripts for radio programs, commercials and advertising campaigns and has contribuited with newspapers, magazines and other media in general on various topics ranging from the professional to the editorial. José is the author of 3 fiction novels that have been presented in numerous forums and literary competitions, causing much controversy as to their content.