Thousands of spectators who gathered in Merida’s Plaza Grande were dazzled by a colorful nighttime sound-and-light show projected on the facade of the historic cathedral telling the story of the White City’s history.

The hour-long spectacle Saturday Jan. 16 featured images of key personages in Merida’s development and narration that included highlights of the city’s 474 years of history.

Also featured during the presentation was the Merida City Chorus performing vocal works by J.S. Bach and others. After the sound-and-light show concluded, international violinist Elena Mikhailova performed a concert of classical music by Nicolo Paganini. 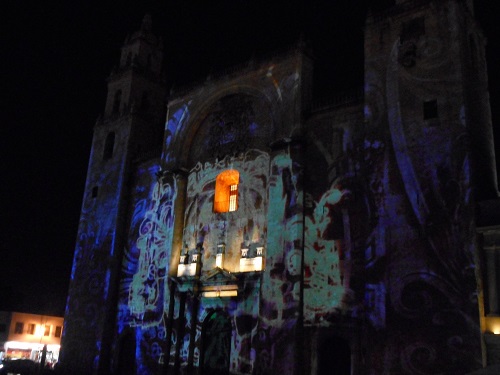 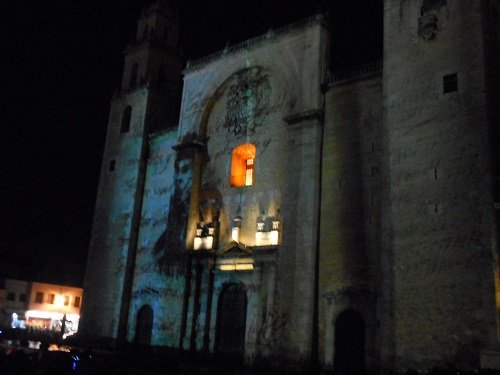 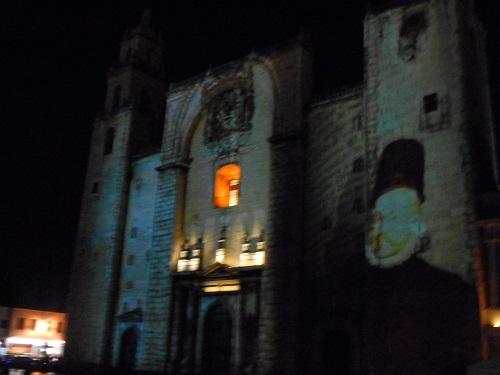 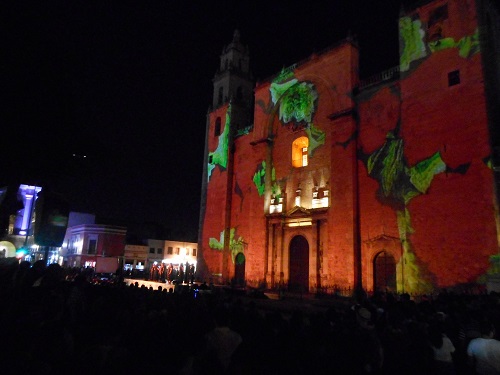 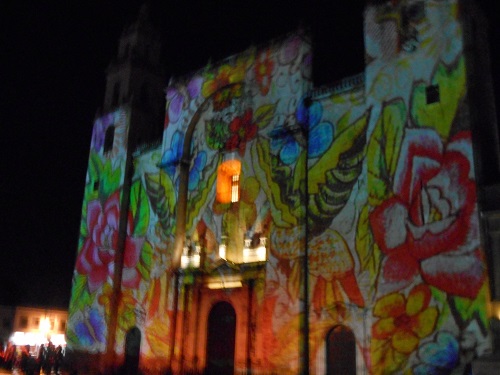 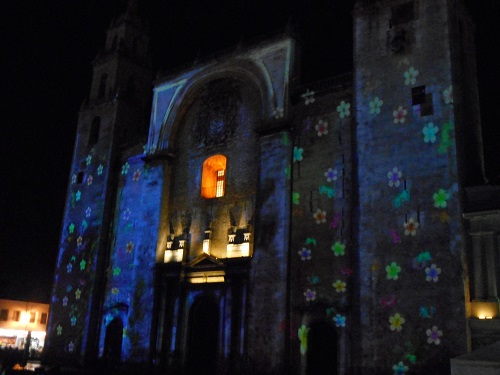 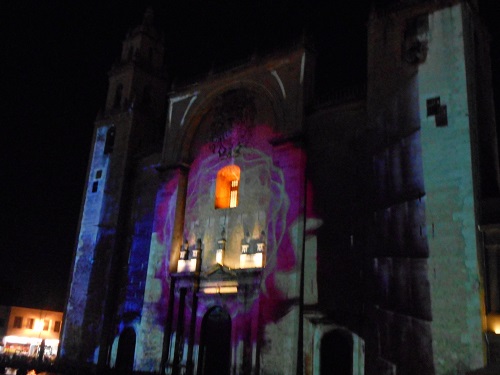 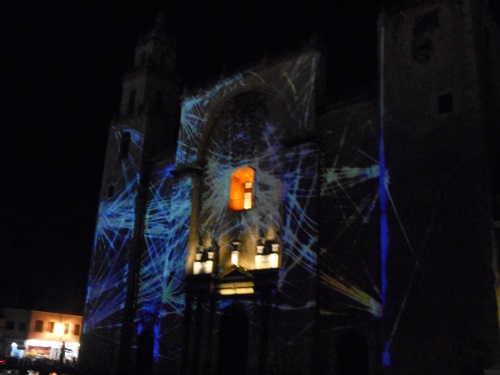 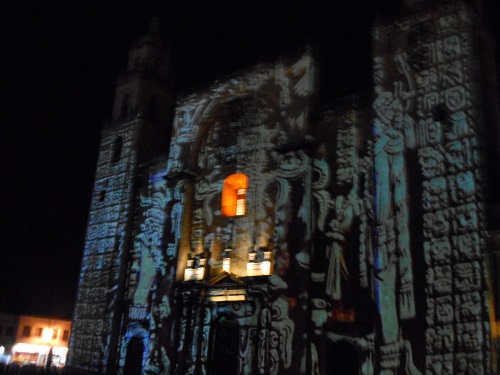 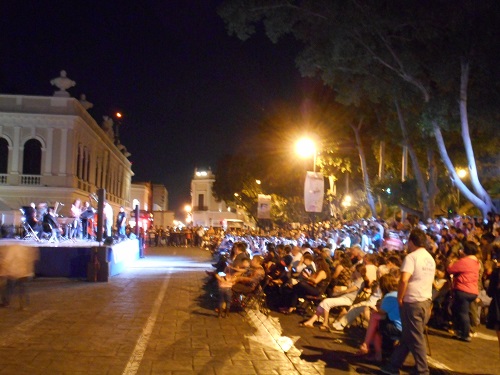 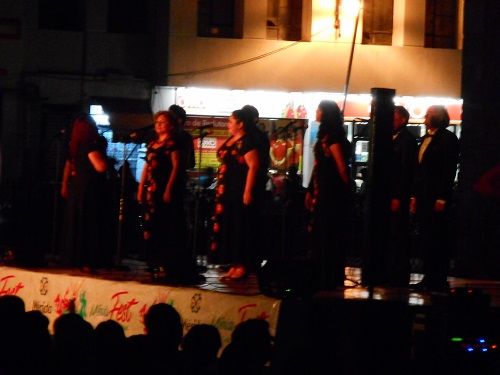 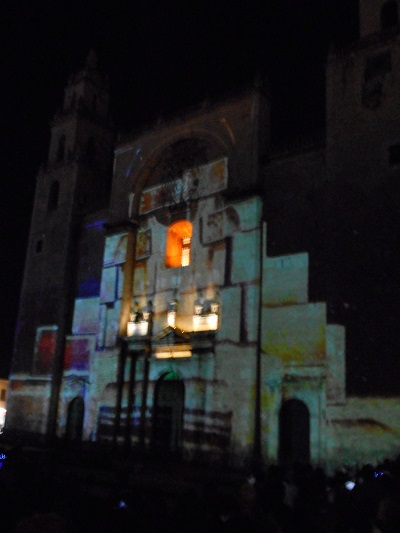 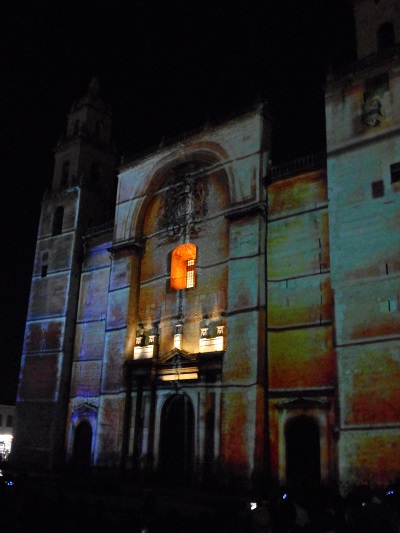 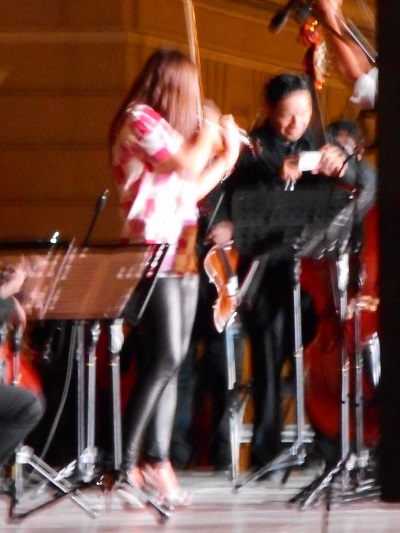 The chorus’ rousing performance of Bach’s Hallelujah animated the crowd, which included a wide range of ages and a mix of Yucatecans and visitors.

Mikhailova’s concert was an appropriate coda for the spectacle that lasted well into the night.

A list of the remaining events in Merida Fest 2016 is available here.

Photos and text by Robert Adams for TYT